It's that time of the year again—can you get 2019 reservations before they sell out?

Some of the internet’s most bucket-listed places are, without question, Havasu Falls and its only slightly lesser-known neighbor Mooney Falls, both hidden deep in the Grand Canyon, Arizona. The naturally turquoise water against the red rocks and the remote location make it pretty dreamy. What few know, though, is that these are only two of the 5 or so waterfalls on Havasu Creek, which feeds all of them. Each is more stunning than the last, and exploring them all is an adventure that not even a whole board of Pinterest photos can do justice to.

The picture-perfect body of water that makes up these majestic waterfalls has humble beginnings. The creek starts as a trickle of rainwater and snowmelt water about 50 miles from Havasu Canyon. It winds its way into the gorge, where it hits Havasu Springs. The springs bubble up and feed the creek, creating a stream. The distinctive turquoise color and perpetual 70-degree temperatures are the result of the spring. Calcium carbonate is responsible for the unique hue. As you follow the water on its way to the Colorado River, you will encounter the waterfalls that have made the creek so famous.

The next waterfall along Havasu Creek is the famed Havasu Falls. Conveniently located only 1.5 miles from the town of Supai, it’s easily the most-visited waterfall along the creek. Sitting 100 feet tall, its appearance is constantly shifting and changing thanks to floods and the high mineral content of the water, which builds up the cliff over time. Each time you visit, you’ll basically see a whole new waterfall. It’s also popular for the pools, formed from minerals, that have built up around the base of the falls. You can swim behind the falls and explore the rocky nooks and crevices in the cliffs. There are also picnic tables placed around the falls here as well.

Almost as beloved as Havasu Falls is nearby Mooney Falls. The story of how Mooney Falls got its name is slightly morbid. In 1882, a local miner named D.W. “James” Mooney was mining the waterfalls around here. One of his associates was injured during their attempts, and when Mooney decided to tie his friend to his back and climb the waterfall, he fell to his death. Hence, Mooney Falls.

These falls are still some of the more dangerous to explore to this day; the trail is narrow, the rocks are slippery and sharp, the sun is brutal, and there’s a precarious descent down a cliff face. Only strong swimmers should attempt diving and taking a dip here. On the bright side, there’s a campground between Havasu and Mooney Falls for those looking to spend the night in the canyon. Mooney is about 2.25 miles from Supai.

About four more miles down the trail is the final waterfall. Or, rather, set of waterfalls. They’re known as Beaver Falls and they are even harder to reach than Mooney Falls, with ladders, narrow ledges, rough and rocky terrain, and more along the way. You’ll also pass swimming holes, smaller waterfalls, and a natural waterslide along the way. Beaver Falls flows over a series of limestone travertine terraces, and after here, the creek empties into the Colorado River. There are camping areas at the confluence.

These waterfalls are incredibly remote, and the land where they’re found is on the Havasupai Indian Reservation. A hike, even just to Havasu Falls, is at least an overnight trip, so you need to make a reservation at the campground. Reservations open on February 1 and typically sell out same day. Start by creating an online account on the registration portal, then keep your fingers crossed the system isn’t overloaded.

Since the spots go fast, you’ll need to plan this trip as far in advance as possible. Think, a year out. Keep in mind that the tribe is incredibly busy and information on this hike is in high demand. You can also call and see if there have been any cancellations. If you’re not experienced at backcountry camping, there are plenty of guided tours you can book. They’ll cost more, but if you’re looking for your trip to go smoothly, it’s a nice option. And, finally, keep in mind that the creek, the waterfalls, and the land are sacred to the Havasupai. 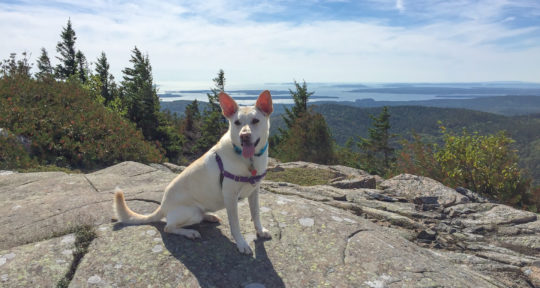