My boots crunch on the freshly fallen snow at the edge of Lake Louise, a real-life winter wonderland in Alberta, Canada. My breath puffs to the soundtrack of rhythmic scraping and chainsaws. With ice and snow carvings and an itinerary designed to take full advantage of the chill, Alberta sure knows how to embrace the season.

For the past 26 years, most of Banff National Park‘s annual Ice Magic festivals have had a theme. But this year’s ice-carving competition was declared “open,” leaving extra room for creative brilliance. While the festival is underway, I watch ice-skaters glide across the frozen lake cradled by picturesque mountains. Cinematic snowfall completes the almost too postcard-perfect backdrop, just as a horse-drawn carriage rolls by.

The ice-carving competition is part of the larger SnowDays festival that takes place in the town of Banff and at the Fairmont Chateau Lake Louise for 12 days every January. The hotel’s iconic ice castle serves proudly as the center of the action.

A family-friendly affair, SnowDays transforms Banff into an event space filled with impressive snow sculptures, a hockey and skating rink, and a Play Zone where you can try various outdoor activities. In the span of an hour, I throw an ax, ride a fat-tire bike, and complete a snow-filled obstacle course before rewarding myself with a roasted marshmallow at the fire pit.

Banff Avenue, the village’s main street, is closed to traffic for a “skijoring” event, which features professional skiers and snowboarders soaring spectacularly over snow jumps. They’re paired with cowboys and cowgirls who pull them behind galloping horses; watching them gain speed and perform tricks as spectators cheer on is a one-of-a-kind experience.

This year, the festival takes place during an extreme cold snap. It’s difficult enough to carve intricate sculptures made of delicate ice, let alone do it in tundra-level temperatures—but that doesn’t stop the 10 teams of sculptors who’ve come to Banff from all over the world, including Latvia, Japan, and Hong Kong.

Ben Rand from Team USA navigates the ice like a pro, carefully cutting parts to piece them together like a puzzle. “We’ve been colder,” he says. “It is cold though. It makes it tricky working with the ice because you don’t want it to crack.”

The carvings are created during the first few days of the festival to maximize time for visitors to enjoy them during the remainder of the event. A red countdown clock perched next to the fire pit reminds carvers of their time limit; they only have about 30 hours to create their frosty masterpieces.

This year, the open-ended theme has left sculptors unusually uninhibited when making their ice art. Many of the teams are inspired by nature. “We never repeat sculptures,” says Rusty Cox from the Canadian team. “We try to do something different every time, it’s part of the challenge for us.”

Chris Foltz on Team USA is humble when discussing the team’s inspiration for its sculpture, The Griffin of Lake Louise. “We’re a small community of people and everyone pulls inspiration from each other,” he says. “Most of it is all the different styles. It’s cool to see styles change over the years, it inspires us.”

This year’s overall winner is team Sakha from Russia. Their piece, Legend of the Sun Catcher, is based on the cycle of day and night. The team from Great Britain snags the People’s Choice award with Fozeiden, God of the Lake. Although the winning team takes home 3,000 Canadian dollars, the sculptors say they don’t do it for the money. It’s all about the art and the camaraderie.

Next year’s SnowDays festival will take place January 20 to 31, 2021. Visit mid-week for smaller crowds, and remember to bundle up. 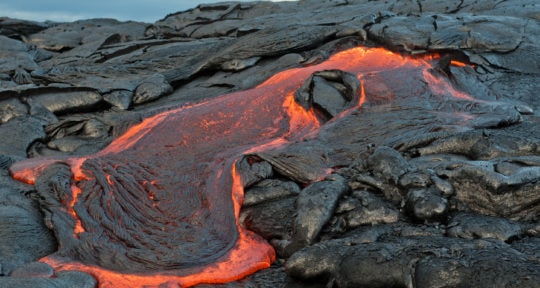 Finding solace in the old-growth forest of Congaree, one of the least-visited national parks in the U.S.