You don't have to set sail to get a taste of life at sea at these ships-turned-accommodations across the U.S.

Spending a week cruising around the Caribbean aboard a massive ship, with brief stops at port cities and long lines at the buffet, isn’t everyone’s cup of tea. Yet, there’s something about life on a boat that can make even the most die-hard roadtrippers curious about what it feels like to be gently rocked to sleep by soft waves (or how tiny nautical bathrooms really are).

Fortunately, there’s an option for those who prefer to travel by land, but want a taste of life at sea: boatels. As the name suggests, boatels are docked ships or other vessels that operate as floating hotels, renting out sleeping quarters—or, in some cases, entire boats—to travelers.

In addition to the novelty of the experience, these unusual properties offer hands-on history lessons, and often feature sweeping views of the water, or unique perspectives of cities. Here are eight boatels in the U.S. to keep in mind when planning your next trip.

Situated in Boston Harbor’s historic Charlestown Navy Yard, the Green Turtle Floating Bed & Breakfast comprises two vessels: a two-suite houseboat, and a 45-foot motor yacht. And while visitors get the experience of sleeping on a boat, the large, well-appointed suites wouldn’t be out of place at a luxury hotel.

But the real draw is Green Turtle’s location. Although it’s on the doorstep of some of Boston’s biggest attractions and offers impressive views of the city’s skyline, it somehow also manages to feel peaceful and secluded. The B&B is within walking distance of the Freedom Trail, the North End, and U.S.S. Constitution, and reachable via water taxi—including from Logan Airport.

The Samuel Slater was built in Cambridge, England, but instead of traveling the waterways of the United Kingdom, the 40-foot vessel now calls the Blackstone River in Central Falls, Rhode Island, home. Visitors to the area not only have the option of chartering the canal boat for scenic cruises, but up to four guests can spend the night aboard. The inside of the Samuel Slater features lustrous wood from floor to ceiling, tons of natural light, a kitchenette, and a bathroom with a hot shower.

Heading to Florida and looking for somewhere to stay that’s naturally magical? Located in central Florida—roughly an hour’s drive north of the Orlando theme parks—and situated on the St. Johns River, Holly Bluff Marina offers a serene getaway that actually feels like a vacation. The marina has seven houseboats available to rent, each sleeping between four and 10 people. In addition to enjoying your private boatel while it’s docked in the marina, guests also have the option of exploring the river in their houseboat—including cruising 6 miles south to Blue Springs State Park, which serves as a winter sanctuary for manatees, and features crystal-clear water that’s 72 degrees year-round.

Don’t be fooled by the name: The S.S. City of Milwaukee is actually located in Manistee, Michigan, on the state’s west coast. Designed in the 1920s, built in 1930, and launched in Manitowoc, Wisconsin, in 1931, the S.S. City of Milwaukee operated as a railroad car ferry until 1978, and had a carrying capacity of 28 to 32 fully loaded rail cars. Now, the ship provides guided tours, museum exhibits, facility rentals, and a ghost ship haunted attraction in October. From May through early September each year, it also functions as a boatel. And though the boat remains docked, its unmodified interior—including the original woodwork and brass fixtures—offers guests the chance to travel back in time to the 1930s. There are eight rooms available for overnight stays, ranging from the chief engineer’s quarters, to Pullman suites with four built-in bunk beds.

In its past life, the Covington spent its days sailing up and down a 1,000-mile stretch of the Ohio and Mississippi rivers, towing barges packed with petroleum and other liquid cargo. Today, the three-story towboat—which launched in 1946—has a permanent home on the Mississippi River, as it winds through St. Paul, Minnesota. It also has a new function: welcoming overnight guests as the Covington Inn, providing views of the city’s skyline. The boatel has four staterooms, each with its own private bath, deck access, and working fireplace, as well as air conditioning. Along with its central location and views of the city’s skyline, the Covington Inn’s interior is also impressive—trimmed stem-to-stern in mahogany, brass, and bronze, and furnished with period-appropriate salvaged fixtures, antiques, and vintage art.

Though the former copper mining town of Bisbee, Arizona, isn’t exactly a nautical hotspot, it’s possible to make a boat your homebase while exploring the area, which is located roughly 100 miles southeast of Tucson. The boat—a 1947 Chris Craft yacht—can be found at the Shady Dell Vintage Trailer Court, alongside 11 trailers from the 1950s, and a 1947 bus. When the Shady Dell opened in 1927, it offered travelers on Highway 80 a place to camp or park for the night, but today, it’s a destination in itself. The boat, bus, and trailers all feature vibrant, vintage decor, and the chance to experience the golden age of roadtripping.

When the Queen Mary embarked on her maiden voyage in 1936, the Cunard-made ship was the height of glamour and luxury. But by the 1960s, air travel had replaced ships as the preferred mode of long-distance transportation, and after her final trip in 1967, the Queen Mary docked in Long Beach, California, and has remained there since. Although the boatel is closed temporarily, when the Queen Mary reopens, guests will once again be able to spend the night in one of the ship’s 347 original art deco staterooms and suites, eat in one of its three restaurants, and attend events in venues on board.

From its launch in 1927 until 1940, the Delta King made the 10.5-hour journey on the Sacramento River between San Francisco and Sacramento on a daily basis. Since then, the 285-foot riverboat served in World War II (first, transporting and housing troops, then as a hospital), was stripped of its steam engines in 1948, was towed to Canada and used as a rooming house for factory workers, and spent 15 months partially submerged in San Francisco Bay in the early 1980s. Following a painstaking historical restoration, the Delta King reopened as a boutique hotel in 1989. The original staterooms have been refurbished with a combination of period details and modern amenities.

8 can't-miss boat hotels across the U.S. 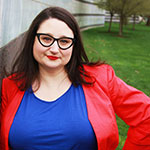