Meet the woman behind Karenville, a whimsical village of tiny houses in Ithaca

Built by owner Karen Thurnheer, the Victorian-inspired off-the-grid village in New York is a labor of love

When I first visited Karenville six years ago, I immediately knew I’d be back. I was on a cross-country road trip with my family and had booked stays at the most unusual places I could find along the way. Karenville, a village of tiny houses located in Ithaca, New York, stood out above all the rest. With COVID-19-related travel restrictions in place, a return trip to a place perfectly tailored to social distancing seemed ideal.

“Karenville is much more than just a place to sleep, it’s an experience,” the village’s Airbnb listing states. “It is off the grid with lots of charm, set in the country. Karenville is a group of tiny buildings built by Karen, with an architectural influence of the Victorian years. A place where you can sleep inside a piece of art.”

But this description hardly does Karenville justice. The sleeping quarters in the tiny village are beyond quirky. There’s a former corn crib outfitted into a perfect cozy room for one, a composting toilet inside a mini-silo, a fairy playhouse, and more, all built by creator Karen Thurnheer. Last time I was here, Thurnheer had goats; now she has a horse, eight guinea pigs, and a parrot named Ricky.

The Karenville adventure begins as soon as you book your stay, with a warning to not trust your GPS or Google Maps. “Just before entering into the deep dark woods, you will see our log cabin and Karenville on the left,” the directions state.

So often, when returning to a place that seems magical in your memories, it doesn’t hold up. But Karenville is just as lovely as I remember it—and so is Thurnheer.

Karenville sits on farmland that Thurnheer’s grandparents bought in 1943. For years, it was a working dairy farm; the dairy is gone but the property remains in the family. The tiny village was built more or less on a whim, with no real plan in place.

“I started building a building,” Thurnheer says. “I’m not sure why. It was probably just a weekend project and it was so fun, I had to build another one—and then that was so fun, I absolutely had to build another one. Then I had three, and thought, that’s almost like a little village. At some point, I realized I was over the top with buildings and it was a little silly.”

She wasn’t sure what to do with all the buildings, but then someone suggested she rent them out on Airbnb.

Thurnheer has lived off the grid for more than 20 years, and Karenville has no electricity or running water. She assumed no one would ever want to stay here. But seven years later, Turnheer has hosted at least a few thousand people.

Looking around at Karenville, it’s easy to assume that its creator has a background in building and design—but like her eponymous village, Thurnheer is not defined by any one thing. She has been a stay-at-home mom, worked as a tow truck driver, taught primitive survival skills, and had a host of what she calls minimum-wage jobs. Thurnheer attended college in her 40s and became a sign language interpreter, just because she had to major in something and it sounded interesting.

While Thurnheer has no formal training in construction, she’s picked up a few things along the way. “When you grow up on a farm, you learn to do everything,” she says. “I grew up building forts and then tree houses, and helping my father and my mother around the farm.”

A few years ago, Thurnheer was working full-time at her sign language job and bought a nearby fixer-upper house. When it was time to get ready to open Karenville for the season (it’s closed in the winter), she realized she couldn’t do all three things at once.

There is a definite Victorian slant to Karenville’s architecture. “I mean, it’s beautiful,” she says about the style. “It’s not like the architecture we have now.”

After seven years of operating Karenville, Thurnheer says that the only constant thing is that there isn’t one. “Every day, every week, every month, every year is different,” she says. “At the same time, they are all the same. They are like my guests, they’re all different and the same.”

Her guests, Thurnheer says, have helped her appreciate life in a new way, and she hopes the feeling is mutual. “I get a lot of different kinds of people and they are always all so very happy. I like that. When I see them smiling, then I feel like I did the right thing,” she says. “I feel like I’m just the worker here and the universe gave me a great gift.”

A stay in one of Karenville’s tiny houses can be booked on Airbnb and typically ranges from $30 to $150 per night. Find the most Extraordinary Places in New York Kim Foley MacKinnon is a Boston-based journalist and author, with credits in publications such as the Boston Globe, Food Network, Forbes Travel, and Travel + Leisure, among many others. Her latest book, Secret Boston: A Guide to the Weird, Wonderful, and Obscure came out in April 2020. 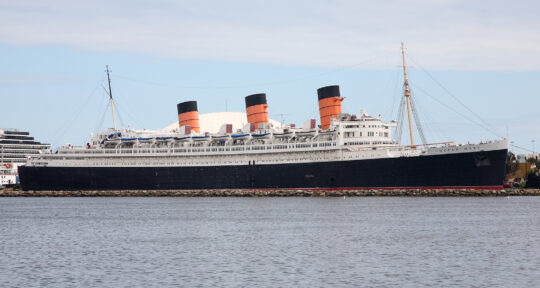