‘Blood, sweat, and beers’: Nebraska’s Carhenge may be less mysterious than its English counterpart, but it’s just as bizarre

Western Nebraska’s Carhenge is a bit of a mystery, but that’s a part of its lure. As I enter the site, I see a sign stating posing a simple question: Why? Carhenge creator Jim Reinders responds to the question with one of his own: “Why not?”

This quirky, entertaining replica of England’s Stonehenge is located just north of Alliance. Reinders built it as a lasting memorial to his dad, who once lived on a farm where Carhenge now stands.

While living in England, Reinders studied the design of the original Stonehenge. He used old cars, primarily from the 1950s and 1960s, to create his own version in Nebraska. Some of the cars are planted trunk-down and rise, like monoliths, 15 to 17 feet into the air, mirroring the standing stones of Stonehenge. Other cars have been welded together to form the arches. All have been covered in gray spray paint to make it look more like the original.

There’s a circle of cars, with a heel stone, slaughter stone, and two station stones (the honor of depicting the heel stone went to a 1962 Cadillac). The 96-foot-in-diameter creation has been built to scale, and it mimics Stonehenge’s current, dilapidated state. All 38 of the major stones found at Stonehenge are represented here at Carhenge.

In the spring of 1987, Reinders built Carhenge with help from his friends and family. It was dedicated during the summer solstice with a celebration that included songs, poetry, and a play entitled Unhinged, which included the line, “We’ll build with blood, sweat, and beers.” According to the journals Reinders kept while building Carhenge, his friends worked hard on the project during the day and then rewarded themselves with a few drinks, singing, “By day I plant cars, by night I make bars.”

During a week of construction, Reinders described the progress: “The hole digging went quickly, though we determined later that four feet was not deep enough for most of the cars. Setting the cars upright was another matter, but our learning curve was steep. We soon had a workable technique.”

On the last day of construction, June 20, Reinders wrote: “Our schedule called for finishing Carhenge today. We were able to reduce the time of the original Stonehenge construction by 1999 years and 51 weeks. Now either they did not have a backhoe and forklift or they were not as well organized as we were. Furthermore, their foreign stones had come only the 250 miles from Wales while we had a car from Japan, some 6,000 miles. Reason for pride!”

The actual dedication was to take place at the monument itself, but wind and rain forced the group to stay inside a tent. Reinders and his friends gave speeches and ate slices of a Carhenge-themed cake. A bottle of champagne was smashed to christen the creation. A song entitled “Carhenge” was sung to the tune of “Old Smoky,” and a poem was read aloud:

JR had a little farm, its fields were full of wheat
He summoned all the family here, to accomplish quite a feat
T’was JR’s quest to build Carhenge, and claim a place in history
Let the neighbors come and query, its purpose is a mystery

During Carhenge’s construction, the sheriff’s department was called to investigate a property north of Alliance where “someone was planting cars in a field.” Soon the city council became involved and decided that this “car art” had to be removed. However, one of the councilmen pushed to preserve Carhenge, and arranged a public meeting on site. The public response was overwhelmingly in favor of Carhenge’s preservation, and by 1989, the group Friends of Carhenge was formed. In 2013, the city of Alliance took over the management of Carhenge, and the Friends of Carhenge remain active as fundraisers.

In addition to Carhenge, other car sculptures have been added to the 10-acre site now known as the Car Art Reserve. “Spawning Salmon” was designed by Geoff Sandhurst of Calgary; his metal piece took first prize in the Friends of Carhenge sculpture contest. David Kowalski’s “Car-nestoga” features a station wagon made to resemble a Conestoga wagon. Kowalski says it’s meant to be “a tribute to the pioneers crossing the plains along the Oregon Trail.”

Reinders didn’t stop with Carhenge. He also built “Three Bells” to represent the three Reinders siblings—Jim, Phyllis, and Leonard—and “Fourd Seasons” in which he uses Fords to represent Nebraska’s changing landscape across the four seasons. The colorful, planted Fords represent the new green shoots of spring, the mature golden wheat of the summer, the autumn harvest, and the white, snow-covered fields of winter.

Carhenge is open year-round and entrance is free (donations are encouraged). The Pit Stop Gift Shop is open during the summer months. 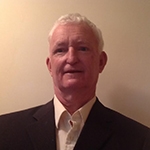 John Smith is a Canada-based travel writer and photographer who enjoys traveling the world and writing about his adventures.