Hidden in a quiet residential neighborhood, the immersive art house and performance space is the private home of its namesake artist

Some may worry that San Francisco has lost its boho edge, counterculture cred, and weirdo vibe to hoodie-wearing hordes in tech. Those people have clearly not visited the Gregangelo Museum.

In the 1980s, artist Gregangelo Herrera turned his home into a phantasmagorical art experience open to tours. Described by one reviewer as “the love child of Cleopatra and Salvador ​​Dalí,” it roams wildly in world cultures from ancient Egypt to Mexico, and from sci-fi and the cosmos to the past, present, and future. Like an LSD trip without the LSD, this multiverse transports you to multiple dimensions in about 30 rooms, where 1001 Nights, Alice in Wonderland, Greek myths, and Dr. Seuss were clearly formative influences.

“This is totally a product of the culture of San Francisco: It’s endangered but still around,” says Gregangelo, who goes by one name. He has a long, gray braid, an incandescent laugh, and bright blue eyes. Located in St. Francis Wood—a staid residential district of grand homes planned in the Beaux-Arts style of Paris—you’ll recognize his house by its rainbow-colored streamers and striped drapes. “Our arts range from conventional museums to the unconventional, like this house where words fail,” says Elisabeth Wieselthaler-Toelly of SF Travel, the city’s tourist office.

Thousands of mosaic tiles and colored stones decorate the house. On the porch, they take the shapes of a sunburst and mural of the solar system. In the garden, they spell out “Look around you” in flowing Arabic calligraphy. Indoors is a bathroom so bejeweled and worthy of a potentate, it took 7 years of work to finish.

But not everything is decorated in mosaics and stones. A sculpture of Pan, the Greek god of nature, is composed, very suitably, of about 15,000 twigs and branches. A life-sized sarcophagus sits in the living room (along with so much else). Upstairs, hundreds of pinpricks of light in the dark ceiling of one room depict stars that spin into galaxies. A room furnished in very soft, plush things is called “the tickle room.” There’s a bedroom for aliens, and another inspired by the green flash that appears at sunset. Every room has a theme, a micro-environment. You need to crawl into some rooms, and others lie behind hidden doors.

The house is the headquarters of Velocity Arts & Entertainment, a troupe of performers and artists led by Gregangelo. Museum rooms started as storyboards for different shows, and everything was built from scratch. The troupe has created custom shows for companies like Lucasfilm, Warner Brothers, Microsoft, and Mercedes-Benz (where performers formed the company’s logo with human bodies suspended in mid-air).

During the COVID-19 pandemic, Gregangelo switched to online tours and outdoor garden experiences led by masked guides. The Riddle of the Sphinx experience—a cross between Jeopardy, group therapy, and an offbeat art tour—poses many riddles in rhyme before you advance, and asks probing questions about guests’ lives and dreams. If you’re not up on obscure factoids, the guide will, kindly, give you hints throughout the roughly hour-long tour.

The Metamorphosis experience, in contrast, resembles a short circus act featuring 20 live artists, including aerialists, performers in elaborate costumes, a harpist, and live animals. If you’re lucky, you can pet a unicorn (a llama adorably dressed for the occasion). Between gigs, the animals relax on a ranch in Sonoma.

Things are always cooking in the fertile imagination of Gregangelo, who clearly believes that no man ever steps in the same river twice, as philosopher Heraclitus once said. New interior tours for late summer and early fall are planned—one a factual fast-track art tour, another an immersive guide-led theatrical experience.

A different kind of education

You’ll always learn something at the Gregangelo Museum. Maybe it’s that the Xerces blue butterfly, now extinct, once lived exclusively in the sand dunes of western San Francisco. Or Frida Kahlo’s views on laughter. Or something long-forgotten about yourself.

“I read, I explore, I listen and observe. But more than anything, I experience and accept everything that life brings to me,” Gregangelo says. “I’d say that’s my main education. I’m certainly not an academic or intellectual.”

Despite this, he’s been a guest lecturer on the arts at Stanford, and a TEDx speaker urging young people to follow their passions in life. Oddly, Gregangelo hasn’t taken psychedelic drugs. “Absolutely no. I remember growing up in San Francisco in the ‘70s and totally being creeped out by people who were tripping,” he says. “My friends in high school used to serve me beer in a shot glass and I’d quickly pass out. Once at Christmas, I was given a glass of wine. I woke up on the floor with a dog licking my face!” (Note to Gregangelo: Things could be much worse.)

He continues, “My drug is my work, my art, my creativity, my ability to share it with the world, and mentoring young artists to do the same.”

The Gregangelo Museum is located at 225 San Leandro Way, a few blocks from the restaurants and shops of West Portal Avenue. Appointments are required. Tour prices vary, and package discounts are often available. Book tours and check details here. 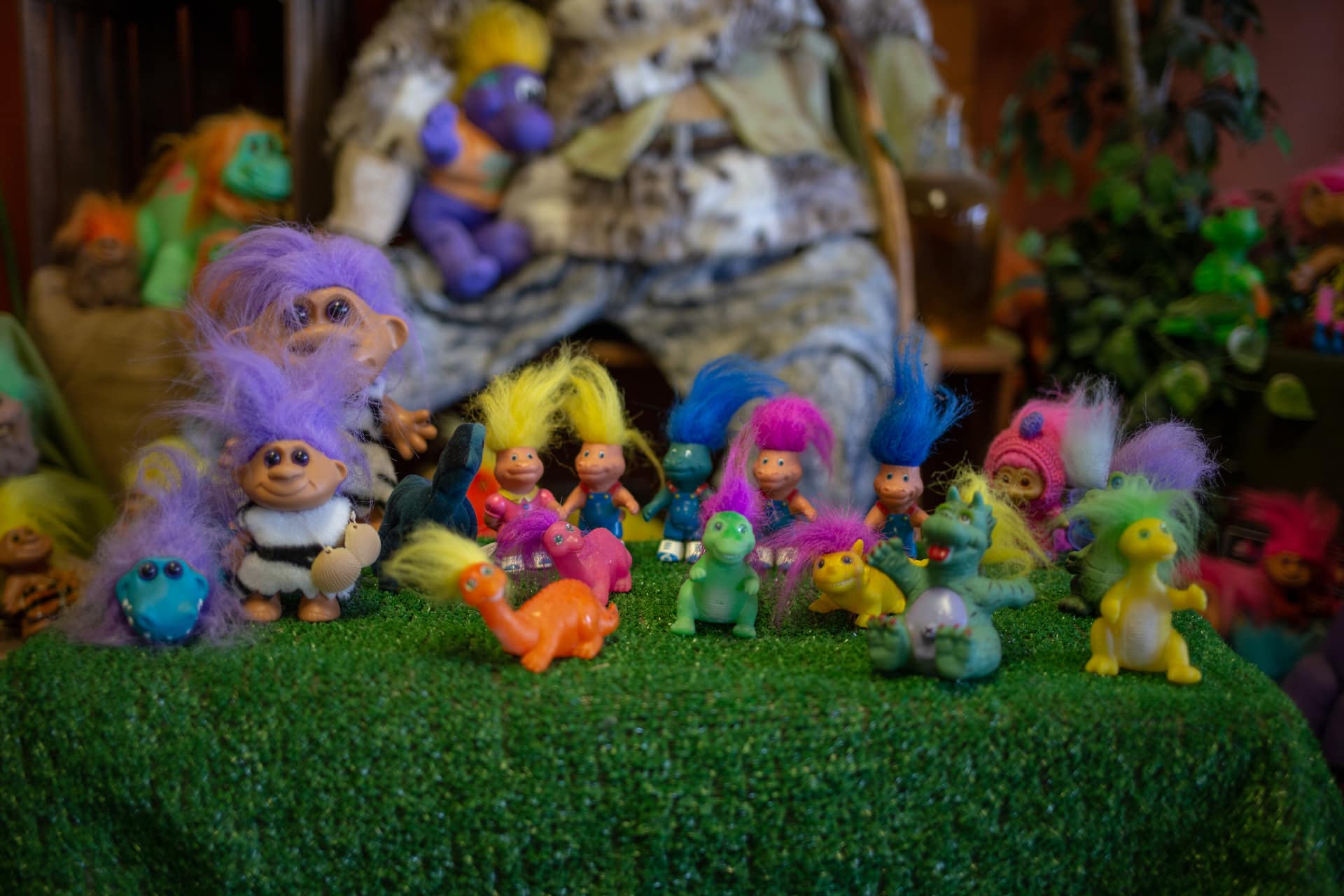