“I spent every penny I had on these,” Dale Cross says as he points to an orange dirt track race car with white trim. Fellow visitors listen intently to the tales of his racetrack glory days while Cross leans heavily on a cane. Cross is an Amarillo Motorsports Hall of Famer and docent at the recently combined Jack Sisemore RV and Motorsports Museum in Amarillo, Texas.

Jack Sisemore started with a gas station. Over the years, he added rental motorhomes and grew his business into a massive RV dealership located in the Texas Panhandle. Together with his son Trent, a former two-term Amarillo mayor, Jack started collecting RVs in the late 1980s.

“The teardrop and 1962 Bambi (Airstream) were the first RVs we acquired and restored,” Trent says. In 1998, the Sisemores opened a free museum to share their collection with visitors.

Packed with vintage chrome, sleek retro aluminum, and high-gloss metallic paint, the 18,000-square-foot museum provides plenty of proof to back up the saying “The bigger the boy, the bigger the toy.” Near the entrance, three Harley-Davidson motorcycles from the Sisemores’ own collection tower over visitors in an eye-catching vertical display. Race cars gather around, too, from hardwood kid-sized varieties to the named and numbered cars that Cross spent his hard-earned money on.

Vintage signs remind visitors of full-service filling stations and family road trips to Yellowstone. A black and white Route 66 sign is a nod to Amarillo, which lies between Chicago and Santa Monica along the Mother Road. When it opened, Americans hit the road like never before—and haven’t stopped since.

The recent and welcome addition of the Motorsports Museum’s race cars mingles nicely with the RVs. “They lend themselves to each other,” Trent says. “It’s all about travel and Americana and what people have done in the last 100 years with motorized vehicles.”

Related: The Ultimate Guide to Route 66

Beyond the motorcycles and race cars, you’ll find rare first edition trailers and RVs—like the first Itasca and Fleetwood motorhomes ever built. The Sisemores’ fleet is in pristine condition. Some of the pieces, like the 1936 Alma Trailer Company’s Silvermoon, came to the museum that way. From 1955 until the Sisemores brought the Silvermoon to Amarillo, it had been safeguarded in a barn just 20 miles from the Alma, Michigan, factory where it was manufactured and priced at $350.

Unlike the Silvermoon, some RVs needed restoration work to get to where they are today. Jack’s favorite, a fully-restored 1973 Winnebago, similar to the one he rented in the early days of his RV business, was rebuilt with parts from other Winnebagos he found in Arizona and Maine.

Pull-out steps and open doors invite visitors to explore more than five decades of camping equipment, from cute 1930s trailers to groovy 1970s motorhomes. Like time capsules, a look inside of each reveals the evolution of camping gear, trailers, and motorhomes, from the handsome wood paneling in the 1930s Silvermoon and Torpedo to the compact 1946 teardrop with a hatchback kitchen. The flower power upholstery in the first-ever manufactured Itasca motorhome and the harvest gold linoleum and appliances in the collapsible Tow Low trailer keep both forever in the ‘70s.

A 1948 Flxible Bus, the Gornicke family’s motorhome in the 2006 movie RV, is Trent’s favorite. Jeff Daniels, who played Travis Gornicke, is no stranger to RV life. After Daniels drove his own motorhome from Michigan to British Columbia where the movie was filmed, the director excused him from motorhome driving lessons.

Co-star Robin Williams, who played first-time RVer Bob Munro, learned to drive a motorhome in a parking lot before filming began. “They’ve got a wide turning radius,” Williams observed. “If you don’t go really wide on a turn, you realize they can do a lot of damage.”

Walking through makeup man Max Factor Jr.’s rare FMC RV (outfitted with a custom interior), sitting behind the wheel of the Gornickes’ motorhome, and feeling nostalgic in the StarCraft tent trailer are all unexpected bonuses at the Jack Sisemore RV and Motorsports Museum. I’m really here to see the work of Wally Byam, an epic adventurer and the inventor of Airstream trailers, who also happens to be a distant relative of mine.

The museum displays several early Airstreams; the rarest, a 1935 Airstream Torpedo, is the only one of its kind. Built using a $5 blueprint and lumberyard materials, it was owned by the same family for 81 years. A peek through the window screen shows varnished wood cabinets and paneling. The iconic silver, stogie-on-wheels-shaped Airstreams came later.

“The doctor who built it was a doctor in the hospital I was born in,” Jack says. “Everything in the museum [is here for] a reason.”

Roadtrippers is part of a joint venture, partially owned by Thor Industries, Inc., of which Airstream is a subsidiary.

The coolest vehicle museums in the U.S. 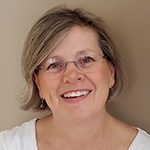 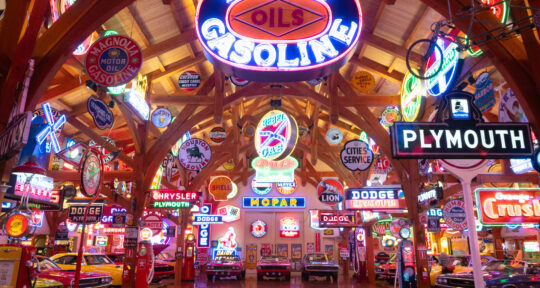