The Mammoth Site is one of the only places in the U.S. where you can follow a fossil’s path from the ground all the way to the museum floor

More than 60 mammoths have been excavated from this pit. | Photo: Seth Davidovits

In a classic scene from the original Jurassic Park film, the audience first meets paleontologists Alan Grant and Ellie Sattler as they’re excavating a dinosaur skeleton somewhere in Montana. The camera follows the hands of the diggers as they gently brush and scoop loose sand away from complete, pristine bones, laid out exactly like the animal’s skeleton was in life. It’s practically museum-ready, no need for glue or additional cleaning, just set it upright and wait for the crowds.

As a paleontologist, that scene makes me giggle every time I see it, and one trip to the Mammoth Site of Hot Springs, South Dakota, will show you why.

Today, the biggest living creatures roaming the Black Hills are bison; they’re plenty wild and woolly, but these hills used to be the stomping grounds of something even wilder and woollier: mammoths. They were drawn to the warm waters of the natural hot springs found in the area. Unfortunately, one of these spring-fed ponds turned out to be a death-trap for more than 60 male mammoths; once they entered the water, the sides of the sinkhole were too slippery for such large creatures to climb back out. Over time, their skeletons piled up and the shaft of the sinkhole eventually filled in.

The mammoths wouldn’t see daylight again until 140,000 years later, in 1974, when a workman leveling the ground for a housing development project hit a tusk with the blade of his machine. The Mammoth Site has been an active dig ever since, one of the few places in the U.S. where you can follow a fossil’s path from the ground to the preparation lab to the museum floor, all within the same building.

Turning into the parking lot, I’m greeted by a life-size reconstruction of one of the site’s namesakes, a Columbian mammoth, raising its trunk above the museum’s welcome sign. The town of Hot Springs has fully embraced the local extinct wildlife. The restaurant next to the museum is named Woolly’s, in honor of the smaller species of mammoth found next door, and there are a surprisingly large number of visitors on the site’s morning tours for a day in late September.

As I enter the room that houses the dig itself, I’m struck by the height of the excavation. It takes a pretty big hole in the ground to trap upwards of 60 mammoths (mostly the larger Columbian species, though they’ve found a couple of woolly mammoths, too), but hearing about it and seeing it in person are two different things. The way the bones have been excavated has left dramatic sheer walls and flat terraces in the yellowish-tan earth, on which light brown mammoth skulls sporting huge tusks sit like statues on pedestals. The bones are jumbled together and piled high—nothing like that perfectly articulated skeleton in Jurassic Park.

Descending the stairs from the main wooden walkway that encircles the active parts of the dig to stand on a fenced-in platform on the level of one of the deepest floors, I’m keenly aware that there are likely many more bones of Ice Age animals beneath my feet. Along with the famous mammoths, many other species have been found here, including llamas, camels, and the giant short-faced bear (Arctodus simus).

The site’s geologists have figured out that the sinkhole was originally about 65 feet deep. The dedicated crew of paleontologists, interns, and volunteers working at the site have only excavated about 20 feet of that. And, unlike the Jurassic Park paleontologists, they’re not doing it with just paintbrushes and bare hands.

On the day of my visit, a group of adult volunteers sits in the less-excavated half of the bonebed, gently tapping away with hammers and small chisels, scraping with trowels, and scooping the loose sediment into buckets. One of the least glamorous parts of a thorough excavation is screen-washing, where bucket after bucket of dirt is rinsed through a screen until only small bits of rock, bone, and teeth are left behind. What remains is then picked through for tiny fossils of small mammals—rodents and rabbits—that also met their end in the sinkhole.

Some of this picking happens downstairs, in the Mammoth Site’s fossil preparation lab. A short elevator ride down to the museum’s lower floor reveals the part of paleontology most people don’t think about when they see a beautifully complete mounted skeleton in a museum. After leaving the elevator, I’m greeted by a wall of windows. Here, visitors can peer into the lab as bits of bone are painstakingly cleaned and glued back together, like putting together a puzzle where half of the pieces are broken or missing.

A wall-mounted TV plays a video of the site’s molding and casting process. Silicone rubber is used to make an exact mold of a fossil. That mold can then be used to create replicas (called casts) of the bone, which are often what ends up mounted in museums. Fossils are fragile and irreplaceable, so it’s safer to work with the casts.

The people who work in these spaces are the unsung heroes of paleontology, painstakingly bringing ancient bones back to life. While a lot of museums are starting to pull back the curtain on what it takes to prepare a fossil when it comes in from the field by building these kinds of “fishbowl” lab spaces, the Mammoth Site is a rare destination because the fossils are being both excavated and pieced back together inside the same building.

Heading back upstairs, I see the work of the site’s preparators in the museum’s more traditional gallery space, where mounted mammoths and replicas of huts made of casts of mammoth bones and faux-fur await. Half of this space is dedicated to ancient life in the Black Hills and surrounding areas, but the other half is all about fossil elephants and their relatives. Bits of mummified tissue from mammoths found in the Siberian permafrost fill the cases on one wall. Mounted skeletons include a Channel Islands pygmy mammoth, a dwarf descendent of mainland Columbian mammoths.

The Mammoth Site is a local treasure of international scientific importance, and I leave with a certain amount of envy that the residents of Hot Springs get to live with these fossil riches so close at hand. But I’m also reminded that the traces of prehistoric life are everywhere—even if they’re usually less dramatic than a sinkhole full of mammoths.

The Mammoth Site of Hot Springs, South Dakota, is open year-round (except for New Year’s Day, Easter, Thanksgiving, and Christmas). Hours vary by season. The site only offers guided tours, so be sure to arrive before the last tour begins.

Where to go on the ultimate fossil road trip Darcy Shapiro is a Bay Area science writer and anthropologist specializing in human evolution and paleontology. She loves natural history museums and has excavated fossils in Spain, Hungary, and France. She writes regularly for Massive Science and PBS Eons. 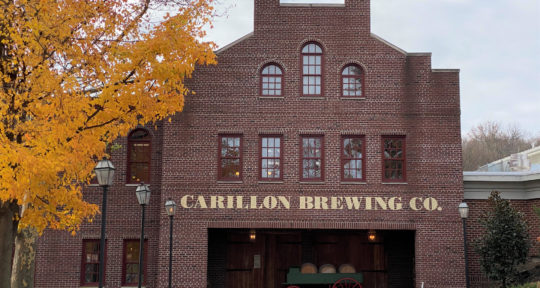