All photos by Josh Schukman
In partnership with

It was a warm November afternoon when my wife and I wrapped a 20-hour road trip and pulled into the El Pais Motel and Campground in Tucson, Arizona. Turning the final corner of our journey, my face was blasted by the Tucson sun, causing me to squint involuntarily. When they finally adjusted, my eyes discovered a tiny home paradise.

My wife and I have been tiny homers since we tied the knot in 2016. After our wedding, we hitched our hopes, dreams, and red Chevy pickup to an ‘88 Airstream Excella, our miniature home on wheels.

So, you can imagine our excitement when we made camp at El Pais and realized that Tucson is also home to the world’s greatest museum devoted to things even smaller than our Airstream: The Mini Time Machine Museum of Miniatures.

The museum was founded by Patricia and Walter Arnell. Patricia began to fall for miniatures as a child in 1930, but it took her until 1979 to begin collecting in earnest.

As the Arnell’s collection grew, so did their desire to share it with the world. They opened the museum in 2009 as an entertaining and educational place to explore miniatures. They call it a “mini time machine” because visitors are transported to different eras as they journey throughout the museum.

Upon first entering the museum, I was greeted by a miniature colonial mansion loosely based on George Washington’s Mount Vernon estate. Lagniappe, as the mini home is called, tells the story of a prosperous sea captain in the 1700s, who spent his days traversing the world collecting fine furnishings for his family.

Lagniappe’s story unfolds across 25 rooms that highlight periods such as the Spanish Renaissance and the Chinese Ming Dynasty. As I stood there looking into the home, I began to realize that miniaturists are driven by far more than the desire to build something small. Miniaturists are storytellers at heart and Lagniappe is a prime example of this craft.

The cardinal rules of miniature

Miniatures are tiny recreations of real life. Miniaturists, or artists that build miniatures, pride themselves on building tiny structures that recreate all the details of their real-life counterparts. For example, if a fireplace is made of marble in the real world, it will be in the miniature world too.

Scale is another test that separates miniaturists from the rest of the pack. The most common scale used by miniaturists is a 1:12 ratio, meaning one foot in real life equals one inch in miniature land. Lagniappe was scaled so that the sea captain, his family, and all the furnishings were perfectly proportioned. In other words, the tables, chairs, beds, and kitchen all looked rightly sized for the home’s mini inhabitants.

Scale, right-sizing, and authenticity—these cardinal rules of miniature design are also sacred to me on the road. My wife and I have many reasons for living small, but the true drivers of tiny living aren’t far from what drive miniaturists. We both seek a life that is genuine, a life that tells a great story, and a life focused on the smaller things.

As I meandered through the mini museum, I discovered that these artists build far more than just the tiniest of tiny homes. From castles to buildings to a Vietnamese river market, no structure or topic is off limits for a miniaturist.

My favorite miniature was a tiny man cave from the 1930s. Rather than construct an entire mini house, the artist chose to craft the story of a man who had meticulously built his basement abode.

Looking to the stairwell, I could see a tiny sign that read, “Bless This Mess.” The craft table was splattered with paint leftover from the thousands of projects our tiny dweller had tackled in his basement. There was also a cat to keep our fictitious character company, and a commode allowing for necessary relief without the dreaded walk upstairs.

The scene was both intimate and eerily familiar.

If you peered into my Airstream camper, you’d see a similarly paint-splattered table; you’d see our beloved cat, who keeps us sane on the road; and you’d see a space that is messy but full of carefully crafted memories.

I find solidarity with miniaturists because we’ve both uncovered ways to tell big stories through smallness. Miniaturists tell a deep story in a tiny space. My wife and I, likewise, decided that our story—while physically scaled-down—would always be larger than life.

The Mini Time Machine Museum of Miniatures is open Tuesday through Sunday from 9 a.m. to 4 p.m. It is closed Mondays and all major holidays. General admission costs $10.50. Josh has been a full-time RVer for nearly three years. He and his wife call an '88 Airstream home and gallivant all over the U.S. They love to photograph, write about, and share the wonderful places they see. 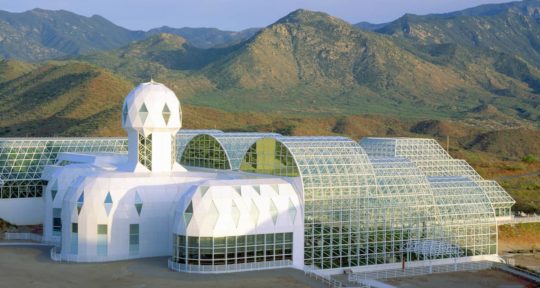 What exactly is The Thing, Arizona’s most mysterious roadside attraction? 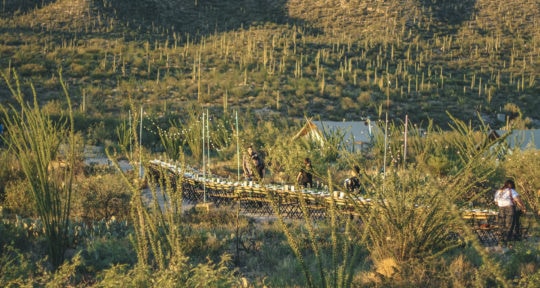