What exactly is The Thing, Arizona’s most mysterious roadside attraction?

Fair warning, you might leave with more questions than you arrived with

If you’ve driven anywhere between Phoenix and El Paso, you’ve probably at least heard of The Thing; there are countless billboards teasing passersby. The billboards promise it all: wonder, mystery, fireworks … but there’s nary a hint of what exactly The Thing is. Obviously, it’s an old-school marketing ploy to get people inside. But, getting people to want to know what The Thing is and actually answering the question “What is The Thing?” are two different matters.

The random collection of objects—ranging from wood carvings representing tortured souls to a car claimed to have belonged to Hitler—has that vintage roadside attraction, P.T. Barnum-esque aura of weirdness to it. Stopping by to see The Thing certainly doesn’t answer many questions; if anything, it raises more.

The thing to know about The Thing is that it just underwent a huge renovation that fundamentally changed the nature of it. The Thing was once merely a literal object, but it’s now become a metaphorical question of sorts. As of a few months ago, The Thing consisted of a few sheds filled with an assortment of strange and bizarre objects, all climaxing with a peek at The Thing itself: a mummified mother and child of unclear origin.

But, after more than fifty years and countless visitors, it has gotten an update that makes The Thing feel just as huge as the many billboards make it out to be. And while The Thing itself remains the same, it was placed at the heart of an intergalactic conspiracy going back millions of years. Think ray-gun wielding aliens riding dinosaurs, and UFOs inserted into major world events.

Most displays start off with the words “What if…” The new Thing is more playful and tongue-in-cheek. What better way to live up to the hype that The Thing is famous for than by making it part of a story spanning time and space?

The Thing has come a long way from its humble origins. The original Thing was opened by attorney Thomas Binkley Prince in California’s Mojave Desert, and eventually it was moved to Arizona. His wife’s story of how they came to own The Thing is simple: A mysterious man passing through town sold them the figures for $50.

Many believe that the mummy-like objects are the work of famed sideshow hoaxster Homer Tate, although other stories claim they are actually the bodies of a mother and child who died in a violent shoot-out or starved to death in the desert. Ultimately, though, The Thing has never really been about the thing itself—it’s all about the question. What it is and whether or not you buy their story or invent your own will always be up to you.

Plus, a visit to The Thing will give you and your travel buddies plenty to talk about as you make your way to some of Tucson’s other offbeat oddities. The Valley of the Moon, a folk art fairyland, is an essential quirky stop in town, or you can pet stingrays and kiss goats at Rooster Cogburn’s Ostrich Ranch. Finish off your quirky day with dinner and drinks at Kon Tiki, Tucson’s kitschiest tiki bar; there’s nothing like a double scorpion bowl to unwind after experiencing something as massive as The Thing. 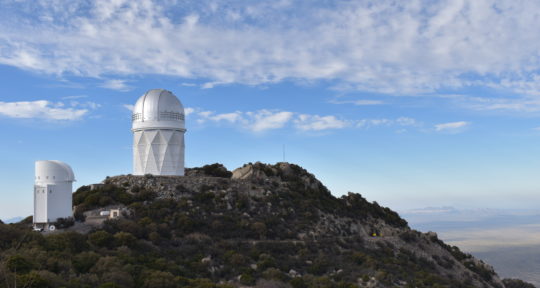