‘The real show’: Foraging for wild edibles in the shadow of Stratford’s Shakespeare festival

A patch of wild ginger and trillium. | Photo: Sarah Bence

The sun beats down as I shift my car into park, a bit haphazardly off the side of a dirt road outside Stratford, Ontario. Just ahead, Puck steps out of his own dirt-dusted car and into the noon sunlight. Nicknamed for the mischievous fairy from Shakespeare’s A Midsummer Night’s Dream, Puck brushes off his jeans, straightens his cap, and waves me over. I clamber to meet him in the weedy drainage ditch beside the road.

We’re here to forage for wild leeks, garlic, and mushrooms. I was promised these plants were hiding in the grassy woodland off the roadside, and Puck is here to guide me and make sure I don’t inadvertently poison myself.

“Our first find—wild garlic!” Puck says, gently pulling the green leaves from a suddenly-pungent ditch plant. A bulbous white root pops out of the soil. As we chat about the garlic, I nibble the bulb and a chive taste overpowers my senses. We step out of the ditch and I follow Puck as he disappears into the sun-dappled, yet damp, forest.

Puck’s real name is Peter Blush. He is the founder of Puck’s Plenty, a guided foraging service and seasonal dinner operator located in Stratford. Blush is an Ontario transplant (via Quebec and England), and not actually a wily Shakespearean fairy at all.

In fact, I soon discover that he has a humble and calm demeanor that would never be associated with the fairy Puck. Their similarities lie solely in their skills—particularly the unique, somewhat magical ability to scour forests for wild edibles, and find treats and meals where others just see the blank greens of nature.

Blush chose to name his business after Puck because Stratford is the North American Shakespeare capital, known for its world-famous, months-long Shakespeare festival—whose spring-to-summer season happens to run in tandem with the local foraging season. The festival, which has drawn a young Maggie Smith, Brian Bedford, Martha Henry, and countless other actors to Ontario, also attracts thousands of visitors from around the world each year.

“Several businesses in Stratford pay homage to the festival by naming their enterprises after Shakespearean characters,” Blush says. But his choice was about more than just keeping with tradition. “One of my favorite plays is A Midsummer Night’s Dream, and Puck was a bit of a forager himself.”

It’s true; in the play, Puck follows orders from Oberon, the fairy king, and searches the globe for magic potions. More than 40 plants are named in A Midsummer Night’s Dream, many of which Puck employs in the love potion that wreaks havoc on every character. Blush, however, aims to usher tourists like me away from the stage and into nature, for what he refers to as “the real show.”

Before me, the forest floor is a carpet of curled green leaves. “Wild leeks, or ramps,” Blush points out, as we get down on our knees in the dirt. From here, I can suddenly spot the hundreds of leeks that congregate in patches across the small clearing. Their scent is spicy and fresh.

On the forest floor, I witness a new-to-me kind of theater, one that might actually be the oldest show of them all. Walking through the world, it’s easy to see ourselves as the main act. But from the patch of leeks, I’m given a glimpse into the sweet joy of being an audience member to a larger world instead.

“Southwestern Ontario is rich in farmland, and that translates into the forests,” Blush explains later, as we traipse along the trail, deeper into the woods. The sunny farmland and dirt roads are far behind us now. He rattles off plant names: ramps, fiddleheads, wild watercress, wood sorrel, cattails, and burdock. We crouch around mushrooms, peering at their gilled bellies, or their crumpled orange and tan skins. The vaguely familiar names make sense when Blush points out that this old-growth forest is home to many of the same plants that Shakespeare included in his plays.

The importance of sustainability

But as Blush points out plant after plant, we leave many of them be, rooted to their spot in the forest. Sustainability is important to Blush. Before offering these tours, he foraged as a supplier for local restaurants. “I began to get uncomfortable with taking so many wild edibles out of the forest,” he says. “So I began studying the sustainable ways of harvesting.”

His first foray into tours was at the suggestion of Stratford Tourism. Blush took about 20 people into the woods to forage, before returning to a local restaurant for a meal using the wild edibles they found. The event sold out in three days. “It was then that I realized how rewarding it was to share my knowledge, but moreover teach people the importance of sustainability,” Blush says. “These plants and mushrooms are precious and always in danger of over-harvesting.”

As we leave the forest and return to the sunny dirt road, my hands are full of carefully selected fresh ramps and wild garlic, whose loss wouldn’t damage their surroundings. Blush even offers me his own recipe for potato and leek soup—which I make days later, tasting that same unique spiciness that reminds me of old-growth forests, Shakespeare, and his mischievous fairies.

Due to COVID-19, there are added complications if you want to experience foraging with Puck’s Plenty. Bush is still offering tours, but the Stratford Festival has gone virtual this year, and the U.S.-Canada border is currently closed.

You can still discover some of the magic by foraging closer to home, but it is important to be safe, make sure you’re identifying plants correctly, and also be mindful of sustainable harvesting. Blush recommends the National Audubon Society Field Guide to Mushrooms and Peterson’s Edible Wild Plants.

Foraging with Puck’s Plenty in the woodland around Stratford is an immersive extension of the experience theatergoers get from the Shakespeare festival itself. It’s a natural way to make the magic a little more tangible—both in the dirt under your nails, and in the bundle of plants you can take home and eat.

For those based in Canada, Puck’s Plenty is offering (fully outdoor) foraging tours throughout this summer and fall. 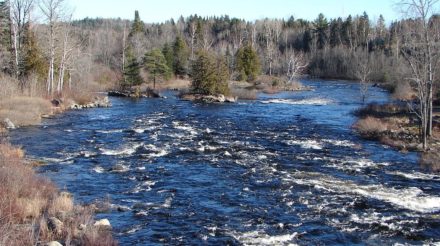 More to see and do in Ontario

Check it out
Trip inspiration

More to see and do in Ontario