Across Santa Fe, labyrinths delight and encourage visitors to slow down and be patient

The labyrinths, about 30 in total, can be found at schools, museums, churches, and even a medical center

I don’t notice the labyrinth until my second visit to the Cathedral Basilica St. Francis of Assisi in downtown Santa Fe, New Mexico. As I come out of the church, I see a small side plaza with a perfectly round pattern made of stones that matches the church. A plaque explains that the labyrinth was added in 2003 as part of the cathedral’s landscape remodel. The design is a replica of one built around the year 1200 in the nave of a cathedral in Chartres, France.

“The labyrinth’s path is like the path of life,” the plaque states. “There are twists and turns, feelings of being lost, encounters with others on your path, the thrill of accomplishment at the center, and sometimes a flash of insight before returning.”

Santa Fe may be famous for its art scene, but the city also has a rich tradition of creating labyrinths for the community and curious tourists. The Labyrinth Resource Group of Santa Fe has a directory for both Santa Fe and Taos; the Santa Fe area has about 30 labyrinths accessible to the public. They can be found at parks, schools, museums, homes, and even a medical center. With a historical connection to religious pilgrimages and ceremonies, they’re at sacred places, too, like the Cathedral of St. Francis.

Labyrinths have been around for more than 4,000 years and they’ve been found all over the world. In Greek mythology, the most famous labyrinth was constructed in Crete to hold the ferocious Minotaur. Early Christians adopted their universal design as a way for believers to feel closer to God by praying as they walked.

Labyrinths are meant to be walked from edge to center, and then back again. Their design makes it impossible to rush; the paths are often narrow and require attention. The curves fold back and then move forward. Whether you walk them for meditation or for pleasure, you’ll need patience.

Frenchy’s Field is a community-built labyrinth located in Santa Fe River Park. Constructed of an adobe mix called cob, the mounds of the seven-circuit pattern were molded from clay, straw, and water. Since 1998, the community has come together every year to maintain the labyrinth with a traditional process called “mudding.” Knowing that the people who made it wanted to honor both peace and a sense of belonging, the simple labyrinth feels meaningful. I’m off to a good start.

Next, I drive a short distance to St. Bede’s Episcopal Church, which beckons me with a large labyrinth in front of the church. Its Chartres design, made of river rocks and fine gravel, is elegant and earthy at the same time. A hefty wooden bench encourages visitors to sit and reflect for a while.

As I head to the world-famous Museum of International Folk Art on Museum Hill, I remember hearing that there’s a labyrinth at Milner Plaza, and I wonder what a contemporary labyrinth would look like.

Museum Hill replaced its original 1993 river stone labyrinth in 2001 with one that is beautiful, durable, and accessible. Constructed of brick pavers in Southwestern colors by Labyrinths in Stone, it has a unique feature: If you stand in the center and speak, the sound is amplified by a low wall surrounding the labyrinth. An ancient structure in a modern complex—with a café and sculpture garden nearby—it still manages to feel completely natural. During my visit, students on a field trip walk the labyrinth, carefully and quietly following its path.

Santa Fe’s Railyard District has a small, secluded labyrinth in Railyard Park, part of the reclaimed historic area that was once the pride of Santa Fe Railway Company. The park is part of the district’s revival, situated adjacent to SITE, a contemporary art space, and includes a hiking trail, play area, open field, and performance green.

The labyrinth is a five-circuit brick and soil path, with boulders nearby to provide privacy. After walking it, I climb the man-made hill and watch people walk, run, and bike in the lively park.

Labyrinths are said to boost inspiration and right-brain development; it makes sense that Santa Fe, a haven for artists, would have so many. Creatives, shamans, and mystics find the city’s energy compelling; even skeptics sometimes admit there’s something “spiritual” going on here. Sacred Native American rituals, Catholic traditions from the Spanish, and the vast natural landscape of the state all seem to have combined to make labyrinths seem perfectly logical here.

I visit Alto Park, where an area for young children features a small labyrinth with a wide path—perfect for early learners or those who use wheelchairs. Surrounded by play equipment and benches for adults, it seems like the ideal place to introduce the concept of patience to children and for parents to catch their breath.

The longest I travel—about eight miles southwest of Santa Fe—is to find a labyrinth in the new urbanist community of Aldea, a planned mixed-housing development. The Chartres-style, 42-foot-in-diameter labyrinth is built of river rock and gravel. It’s in an open area and comes complete with a view of the spectacular Sangre de Cristo mountains in the background. You have to park on a nearby side street, but the serenity is worth it.

Check the Labyrinth Resource Group of Santa Fe website for the latest listing of labyrinths and specifics for locating them, as well as parking information. They’re free and open year-round, but a few have restrictions and may be closed during school hours or during religious services. Use the map below to start exploring.

Get lost in Santa Fe's many labyrinths 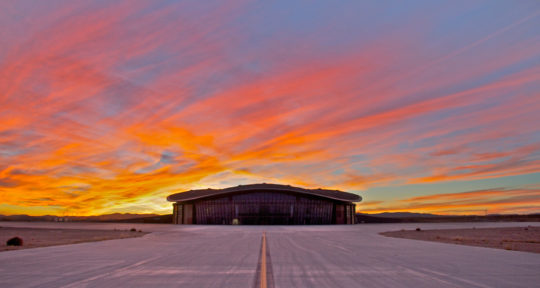 Hot springs, billionaires, and a strange name: New Mexico’s Truth or Consequences is a town of contrasts