Take a trip back to prehistoric times with author Dr. Steve Brusatte

There is no better place to start the ultimate fossil road trip than at the Denver Museum of Nature and Science, one of the great natural history museums of the world. The stunning Prehistoric Journey exhibit is the perfect introduction to fossils, the remains of prehistoric life preserved as stone. This time-traveling exhibit begins in the ancient seas where the first living things—simple bacteria—got their start, and continues as the first animals evolved in the ocean, the first plants and animals moved onto the land, and then as giant dinosaurs like Allosaurus, Stegosaurus, and Diplodocus ruled the world. It is one of my favorite museum exhibits anywhere, and does a wonderful job of explaining—with real fossils—how life has changed over the 3.5-billion year history of Earth.

In 2010, workers digging a new reservoir high in the Rocky Mountains near Aspen came across the remains of giant bones. They called in scientists from the Denver Museum of Nature and Science, who mounted a huge excavation during the summer of 2011. What they found was astounding: over 35,000 fossils, belonging to many different types of Ice Age animals, like mammoths, mastodons, giant ground sloths, and huge bison. They lived between 75,000 and 125,000 years ago, during a warmer lull in between two glacial periods. You can see some of the real bones, and talk to the paleontologists who discovered them, at the Ice Age Discovery Center in Snowmass. If that wasn’t amazing enough, admission is free.

The Dinosaur Journey Museum in the western Colorado town of Fruita, not far from Grand Junction, has real fossils on display, along with robotic dinosaurs. But what really sets this museum apart is that it offers visitors a chance to take part in a real dinosaur dig. Families can join paleontologists at the Mygatt-Moore Quarry, an expanse of Jurassic-aged rock called the Morrison Formation. As I discuss in my book “The Rise and Fall of the Dinosaurs,” the Morrison Formation is one of the most important dinosaur graveyards in the entire world. It is where famous species like the sharp-toothed predator Allosaurus, the giant long-necked Brontosaurus and Diplodocus, and the plate-backed Stegosaurus have been found. Some of these very dinosaurs have previously been discovered in the Mygatt-Moore quarry, but there is still a lot of new ground to explore. Who knows what you might find?

Straddling the desolate, mountainous line between Colorado and Utah is America’s most famous dinosaur site: Dinosaur National Monument. More than 120 dinosaurs have been found within the boundaries of the monument, all within rocks of the Morrison Formation (the same type of rock you can dig in at the Mygatt-Moore Quarry, mentioned above). The site was discovered in 1909, not too long after the infamous “Bone Wars,” a fiery rivalry between two east-coast scientists (E.D. Cope and O.C. Marsh) who sent their teams to the western frontier on the hunt for the newest and biggest dinosaurs. As I recount in “The Rise and Fall of the Dinosaurs,” the warring teams would do anything imaginable to outdo the other, sometimes even stealing fossils and sabotaging dig sites. Thankfully today’s paleontologists, many of whom I profile in the book, are not such nasty characters. The highlight of Dinosaur National Monument is the famous “Wall of Bones,” an exposed rock face full of hundreds of dinosaur bones that is now protected and located within the Dinosaur Quarry visitor center.

Along with the Denver Museum of Nature and Science, the Utah Museum of Natural History is one of my favorite dinosaur museums in the world. I visited here for the first time as a student, so I could study their unparalleled collection of dinosaur bones for my research. A few years later, they moved into a spectacular new building, which now boasts one of the best dinosaur exhibits in the world: the Past Worlds gallery. Many of the dinosaurs on display were collected during the past two decades by the museum’s team of paleontologists, working in the isolated and rugged mountains of Grand Staircase Escalante National Monument in southern Utah. These include bus-sized tyrannosaurs and horned dinosaurs (relatives of Triceratops) with a fabulous variety of horns and frills on their bathtub-sized heads. Inside the museum you can peer into the laboratory and watch paleontologists clean up, repair, and unveil the very newest dinosaur discoveries.

The dusty hills around Kemmemer—a hamlet of some 2,500 people—are bursting with fossils. You won’t find dinosaur bones here, but rather the remains of plants and animals that lived about 55-49 million years ago, not too long after the dinosaurs went extinct. The most famous of these fossils are fishes, which lived in ancient lakes, fell to the bottom when they died, and then were turned into exquisite skeletons. You can see real fossils being conserved, and take guided hikes of some of the best fossil graveyards, at Fossil Butte National Monument. But, if you want to find your own fossils to take home, check out Fossil Safari—a privately owned quarry that allows tourists to dig for a small fee. When I was a teenager growing up in central Illinois, going out and finding my own fossils was what got me really enthused about paleontology.

The Big Sky State could just as easily be called the Dinosaur State. Some of the world’s most amazing dinosaurs have been found in Montana (including the first T. rex ever discovered, in the early 1900s), and the best place to see them is at the Museum of the Rockies, affiliated with of Montana State University. The museum’s Siebel Dinosaur Complex boasts the largest collection of North American dinosaurs under one roof—and almost all of them were found in Montana. Many of them were collected by Jack Horner, the legendary paleontologist who discovered the first dinosaur nesting grounds and later was the scientific consultant for the “Jurassic Park” films. Among these dinosaurs are 13 T. rex skeletons (more than any other museum, by far), some of which are on display alongside skeletons of Triceratops, “Big Al” the Allosaurus, the raptor Deinonychus, and the burrow-digging Oryctodromeus.

Many of the best dinosaur skeletons in Montana find their way to the Museum of the Rockies, but not all of them. There are some sublime skeletons on display at the many regional museums across the state, which are grouped together on the so-called Montana Dinosaur Trail. My favorite is the Carter County Museum in tiny Ekalaka, in the southeastern corner of the state near the T-bone junction with both Dakotas, which I visited as an undergraduate student on one of my first dinosaur digs (a story I tell in “The Rise and Fall of the Dinosaurs”). This charming museum has all sorts of dinosaur bones on display, including the gorgeous (and imposing) skeleton of a 40-foot-long duck-billed plant-eater. You can also see the mining pick used by Barnum Brown, the eccentric fossil collector who found the first T. rex and later became a celebrity paleontologist and advisor for Disney’s “Fantasia.” Make sure you visit during July, when the museum hosts its annual Shindig: a weekend celebration of all things dinosaur, including a series of guest talks from world-renowned paleontologists, a fossil-hunting expedition, and supper of deep-fried steaks impaled on pitchforks. 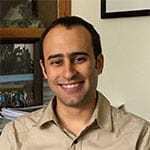 Dr. Steve Brusatte is a paleontologist the University of Edinburgh and author of the new book “The Rise and Fall of the Dinosaurs,” which tells the story of dinosaur evolution from origins to extinction and tales of the women and men around the world piecing together this story. Many of the stops on this ultimate fossil road trip are profiled in the book.