Instagram Twitter
Michele Sponagle is a prolific writer and editor who has visited more than 70 countries in search of a great travel story. Based near Toronto, Canada, she has tracked polar bears in Manitoba, learned culinary secrets in cooking classes around the world, spa hopped around Bali, and road tripped along Route 66. Her work has appeared in leading outlets like Refinery29, TheKitchn, Good Housekeeping, ELLE, Smarter Travel, Washington Post, and many others.
Road Culture 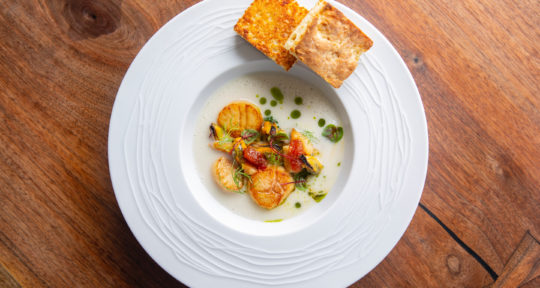 Through thick and thin: Along Nova Scotia’s Chowder Trail, the hearty soup unites a coastal province