As one of only three purse museums in the world, ESSE offers a historical retrospective on women’s issues and accomplishments

The ESSE is one of only three purse museums in the world. | Photo: Cassandra Brooklyn

From the outside, the ESSE Purse Museum in Little Rock, Arkansas, appears to be a typical museum—I expect to stroll through it mindlessly, perusing the evolution of women’s fashion over the decades. But as soon as I step inside, it’s clear that this is not just a fashion-forward museum with a phenomenal gift shop (much of which is also available online). ESSE is that, yes, but it’s also a historical retrospective on women’s suffrage, suffering, accolades, and accomplishments over the past 120 years, explored through the lens of women’s handbags and their contents.

Purses here are displayed by the decade. The 1920s are represented by small, bedazzled, and beaded clutches while the 1960s features pop art-inspired creations in the form of gigantic smiling faces or Andy Warhol’s soup cans. There are purses shaped like animals, embroidered with cartoon characters, or in the form of hat boxes and wicker monkeys. Alongside the actual purses, each display case shows advertisements and photographs from the respective time period, along with a collection of items that women may have carried inside of the purses.

As I stroll through the museum, I’m impressed with the creativity of the creators of these purses and I’m curious about the makeup kits, cigarette cases, perfume vials, gloves, barrettes, flasks, sunglasses, and books carried in these bags. Some of these items are on display, some are described in the captions, and others are left to the imagination.

What really intrigues me are the informational placards that accompany the museum’s displays, describing what was going on in the world at the time and what women, in particular, were struggling with in the U.S. Sure, the bright ‘60s bags are fun and free-spirited, but in the background the Vietnam War raged on.

ESSE—one of only three purse museums in the world—is also trying to counter the misconception that white women have historically been the only ones interested in fashion. Photographs of elegant, glamorous Black women are on display throughout the museum. In one exhibit dedicated to Black Glamour, photographs and objects highlight the clothing, purses, handbags, and jewelry used by Black women throughout history.

Anyone who’s ever carried a bag—large or small, decorative or functional, understated or whimsical—knows that it can put a toll on your body. A single-strap bag can be especially problematic since the weight is not evenly distributed across your shoulders. The museum has set up a scale where visitors can see how heavy their bag is and read tips from a chiropractor on how to find a purse or handbag that’s less painful to carry.

Though wealthy women have always enjoyed the luxury of travel, the museum points out how it wasn’t until the Fair Labor Standards Act of 1938 that everyday Americans began having enough free time to take trips. With the establishment of a 5-day, 40-hour workweek, blue- and white-collar workers alike received a 2-day weekend—just enough time for a quick road trip or getaway by train. When employers began offering paid vacation as an added employment benefit, which also coincided with the country’s growing love affair with automobiles, even more Americans hit the road.

This new ability to travel created a need to keep accessories close by—women especially wanted to be able to carry anything they might need on their shoulder. Travel-friendly purses were larger than stylish evening bags—convenience stores were still years away and everything from sunglasses and snacks to feminine care products were difficult (or nearly impossible) to find on the side of a highway.

When international travel became more common, the “safety pockets” that had previously been worn under clothing eventually gave way to more sophisticated passport bags worn diagonally across the body, over the clothing, like a purse. Though international flights were initially quite costly, women who could afford them also invested in expensive suitcase-style purses (made from either leather or straw) and branded travel bags produced by airlines like the now-defunct Pan Am. Air travel was a significant event and women fortunate enough to fly also dressed up for the occasion, often serving as walking billboards for the companies that manufactured their wardrobe pieces and accessories.

Women have long invested in their appearances and accessories, but, just as a woman’s essence is not her appearance, shape, or hair color, the essence of her handbag is not dependent on its price, style, or brand. One of the informational placards at the museum describes handbags not as accessories, but as extensions of the women who carry them.

“A woman’s purse is the container of her essence, the sacred, private space that holds her identity, her valuables, her memories, her dreams, her mystery,” the placard states. “Always within reach, her purse is personal space, not a possession but a hallowed repository of the things that make her ‘her.’”

Weird museums across the U.S. 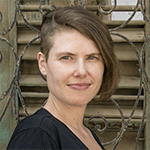