Awards season is here, bringing together the Hollywood elite for the glitz and glamor of star-studded galas. But the closest many vacationers come to rubbing elbows with celebrities is admiring their star on the legendary Hollywood Walk of Fame. And while this landmark walkway draws millions of visitors a year, many cities across the U.S. offer their own walks of fame that are equally deserving of a visit.

From celebrating Memphis music legends to paying homage to Miami’s Cuban heritage, honoring Midwestern athletes, or taking a lighthearted look at celebrity culture in Palm Springs, these lesser-known walks of fame offer the perfect detour for your next road trip.

Located just 2 hours from Hollywood’s Walk of Fame is the Palm Springs Walk of Stars. Here “Golden Palm Stars” fill the walkways through the downtown area, honoring pioneers, civic leaders, and other contributors who’ve lived in the area. Palm Springs is renowned as a winter resort and second home community for many personalities in show business, and the town’s Walk of Stars is decorated with famous names such as Barack Obama, Truman Capote, Phyllis Diller, and former Palm Springs mayor Sonny Bono.

Another desert town, Las Vegas, is home to its own Walk of Stars. Started in 2004 to honor the people who made Vegas famous, the Las Vegas Walk of Stars stretches 4 miles down both sides of Las Vegas Boulevard. While nearly 40 of the walk’s stars were damaged and removed in 2018, including those honoring Wayne Newton, Liberace, and Sammy Davis, Jr., more than 40 stars remain in place today. A stroll along this ionic walkway will take you past tributes to legendary performers such as Gloria Estefan, Siegfried and Roy, and Frank Sinatra.

Farther north, Canada’s Walk of Fame in Toronto acknowledges the achievements of Canadians who’ve excelled in their respective fields. Spanning 13 city blocks, the walk includes the names of more than 200 important Canadians who’ve earned honors in one of five categories: arts, business, philanthropy, science, and sports. Instead of a traditional star, the walkway features a stylized maple leaf emblazoned with well-known names such as William Shatner, Gordie Howe, and Sarah McLachlan.

An unusual mix of honorees can be found along the Official Miami Walk of Fame. Located in one of the city’s most-visited destinations, the open-air Bayside Marketplace shopping center, the walkway recognizes “those who’ve contributed to the charisma, worldwide prominence, and name recognition of Miami through film and television, music, sports, or honorary means.” Here on the banks of Biscayne Bay, visitors can enjoy live entertainment while traveling over stars bestowed upon celebrities like Ice Cube and Kevin James, along with more unexpected plaques, including one honoring the film Magic Mike XXL.

Before leaving Miami, be sure to check out the city’s other prominent walkway. Located in the Little Havana neighborhood, which is home to many Cuban immigrants, the Calle Ocho Walk of Fame features two dozen stars that pay tribute to Latinx personalities who helped shape the community. Dating back to 1987, this walk, which is often referred to as “Hispanic Hollywood” or the “Latin Walk of Fame,” features pink marble stars honoring cultural figures such as salsa dancer Celia Cruz.

This eclectic pit stop awaits roadtrippers who make their way to North Dakota. The Fargo Walk of Fame was started in 1989 by local businessman Mike Stevens, who sought to help put this off-the-beaten-path destination on the map. Stevens approached any celebrity who visited Fargo, from movie stars to musicians, authors, athletes, and politicians, with a slab of wet cement and asked for their hand and/or footprints. Eventually outgrowing its original location, the walk moved to the Fargo-Moorhead Visitors Center, where travelers can now stroll alongside the imprints of legends ranging from Bill Gates to the band Metallica, Dr. Ruth, and Sesame Street’s Bert and Ernie.

Located within Atlanta’s Martin Luther King Jr. National Historical Park is the International Civil Rights Walk of Fame. This renowned landmark was constructed in 2004 to pay tribute to extraordinary Americans who fought for the equality of all people. Here you’ll find footprints of trailblazers such as Rosa Parks, Stevie Wonder, and Maya Angelou, which serve as a worthy reminder of the contributions made by prominent citizens who worked to drive significant positive strides in civil rights throughout the country.

Inside Wisconsin’s American Family Field, fans of the Milwaukee Brewers gather to take in America’s favorite pastime. And those who travel to the plaza outside the ballpark will discover a walk of fame commemorating some of the greatest names in Milwaukee baseball history. Inductees in the walk, which includes baseball superstars such as Hank Aaron and Prince Fielder, are honored with a granite home-plate-shaped plaque set in the ground, serving as a fitting celebration of the strong baseball tradition of this Midwest city.

Memphis’ music heritage goes back 100 years, with a rich legacy that includes a mix of gospel, jazz, soul, rockabilly, and more. Home to superstars such as Elvis Presley, Memphis also served as a launching point for lesser-known artists who helped shape the city’s rhythm and blues foundation. As an honor to them, the Beale Street Brass Note Walk of Fame is lined with more than 100 music note-shaped name plates featuring recognizable names such as B.B. King, Johnny Cash, and Otis Redding, along with unsung pioneers such as Herman Green, who played with many jazz greats.

Florida’s Space Coast makes for an apt setting for the American Space Museum & U.S. Space Walk of Fame. Located near the Kennedy Space Center in the coastal city of Titusville, this outdoor plaza honors not only notable astronauts but also the NASA and contractor personnel who made American-manned space exploration possible. Featuring plaques and monuments dedicated to the Mercury, Gemini, Apollo, and Space Shuttle programs, the walkway is a compelling complement to the museum, which houses related exhibits and artifacts.

Walks of fame outside of Hollywood 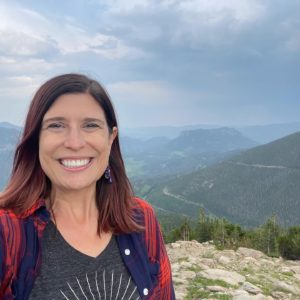