The 10-acre, nonprofit ranch is home to dozens of animals recovering from sickness or maltreatment or enjoying a new, stable home

The donkeys are able to leave their pens and wander the sanctuary. | Photo: Emily Cataneo

If you live in Arizona and post an ad in the newspaper offering to adopt unwanted donkeys, beware: You’re going to get a lot of responses.

In 1997, Tish and John Hiestand found this out the hard way. Tish had grown up around horses in Texas, and, by the late ‘90s, had moved about an hour east of Tucson to rural Arizona. Her husband bought her a donkey named BlackJack for her birthday that year. They found BlackJack a companion, but the new donkey had health problems and the Hiestands had to euthanize him. With BlackJack alone again, the Hiestands decided to adopt another friend and took out an ad.

“I’ll never do that again,” says Tish. “People were saying, ‘If you can catch ‘em, you can have ‘em.’” She and John adopted three donkeys from that original ad, and they soon realized something: The West is full of unwanted donkeys.

“Donkeys have no value in this part of the country,” Tish says. If a donkey becomes sick, or needs her feet trimmed or teeth floated, the owners won’t pay to do it. In fact, there are so many donkeys in the West that it’s easier to just get a new one.

Suddenly, the Hiestands went from casual equine owners to the operators of a sanctuary for unwanted animals. Twenty-five years later, their 10-acre ranch, now called Forever Home Donkey Rescue, is a nonprofit housing dozens of donkeys recovering from sickness or maltreatment or simply enjoying a new, stable home.

Anyone’s who’s taken a road trip through the U.S. Southwest is likely familiar with the herds of wild donkeys that roam nationally-managed lands in Nevada, Arizona, and California. There’s also Oatman, Arizona, a Route 66 ghost town famously overrun by burros. With their sanctuary, the Hiestands advocate for a much-maligned, often misunderstood animal, one that’s inextricably bound up in the history of the U.S. and, indeed, the development of human civilization.

Donkeys have been used as pack animals dating back to ancient Egypt and Mesopotamia civilizations.  They were used by miners and other settlers in the West, but as the mining industry dried up, many were abandoned.

In the 1950s, Velma B. Johnston, known by the moniker “Wild Horse Annie,” brought public attention to the fact that donkeys and wild horses were being hunted indiscriminately on public lands. A 1971 act granted both animals federally protected status and called on the Bureau of Land Management to control them. Today, donkeys are kept as pets or used for low-value activities like practicing roping cattle—if you mess up trying to rope a donkey and break its leg, it’s not considered a big deal, since they’re not as valuable—while many still roam free on nationally managed lands. The Bureau of Land Management regularly corrals them into holding pens and experiments with population control tactics including fertility-curtailing vaccines.

I visit Forever Home Donkey Rescue on a blindingly bright and hot morning in November. Driving east on Interstate 10 from Tucson, the flat, bleached-out landscape rolls by in coral, dusty hues. The rescue is located on the same street as a Wild West-inspired film studio; the Hiestands welcome visitors for free tours on Tuesday through Sunday mornings. Throughout the summer, many of the donkeys had to stay in their pens because they were gorging themselves on the mesquite beans littering the Hiestands’ 10 acres. On the day of my visit, Tish has been letting them roam free again for about two weeks.

Donkeys come in three different sizes (miniatures, miners, and mammoths) and 46 different purebred breeds, but many of the animals at the sanctuary are mixes. BlackJack is black and fuzzy, meaning that he’s probably part French poitou, a breed that nearly died out after World War II when a starving population took to eating them. Some of the Hiestands’ donkeys are Bureau of Land Management animals that were rounded up and put up for adoption, while others are rescues from ranches or farms.

Tish—wearing patterned pajama pants featuring Eeyore, the famously-gloomy donkey—walks from pen to pen, greeting the donkeys while their wheezing brays honk over the enclosures. The donkeys twitch their velvety ears, beg for cookies, and show their rumps to solicit scratching. Tish describes two jennies (female donkeys) as “best girlfriends for life” and jokes that Gus, a male donkey (or jack), “thinks this place is operated for his benefit.”

Some of the donkeys still bear the marks of their former lives. Boaz had had a glob of ruined flesh on his leg for three years when he arrived at the sanctuary; Casper, a mini-mule, had never been gelded and went through a barn sale three times in three months when his buyers kept returning him for being aggressive. Another donkey had to wear shoes on her twisted front legs after being kept in the pen where she was born for her whole life.

Nine donkeys at the sanctuary are forever residents, says Tish, while others are currently up for adoption. Some of the adoption-ready donkeys also take day trips or out-of-town work: They appear in movies or march in local parades, although the latter can be a problem when the donkeys showcase their mischievous nature.

“We were behind a float in a parade one time and I swear I thought this donkey was going to eat the whole thing before we were done,” says Tish.

The Hiestands want their dedication to their donkeys to outlive them: They incorporated as a nonprofit early last year so that their core team of volunteers can take over the sanctuary someday. Because, despite their work and the work of other sanctuaries like Peaceful Valley Donkey in Texas, there will always be donkeys who need homes. Tish says she fields calls about a needy donkey almost every day.

“Civilizations have been built on the backs of donkeys,” she says “People say they’re stubborn and stupid, but I think donkeys are one of the most misunderstood animals on the planet.”

Forever Home Donkey Rescue and Sanctuary is open for morning tours Tuesday through Sunday. To schedule a tour, call 520.212.5300 or email foreverhomedonkeyrescue@gmail.com.

Explore the most Extraordinary Places in Arizona 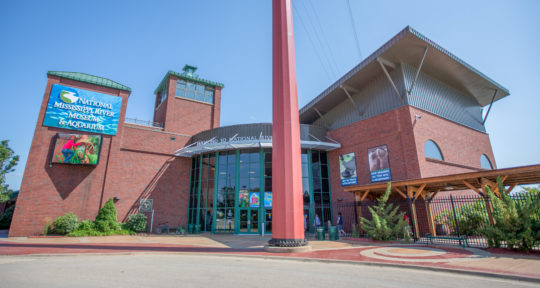