‘Beauty is therapy’: A formerly-abandoned asylum upgrades from lobotomies to luxury apartments

Once a state run hospital focusing on 'moral treatment,' Michigan's The Village at Grand Traverse Commons is now a sprawling adaptive use project

The Village at Grand Traverse Commons. | Photo courtesy of The Commons

Catherine Goodwin and I are walking the grounds of The Village at Grand Traverse Commons, a sprawling complex of pale yellow buildings with red spires in Traverse City, Michigan. Dusk is closing in, and the air is brisk. I pull my sweater tighter, expecting a chill not due to the weather, but to the history of the place where we’re walking.

“This was the last morgue,” Goodwin says as she points to a bustling Italian restaurant.

While The Commons is now a thriving community of apartments, shops, and restaurants, it was originally a state run asylum.

Once as ubiquitous as regular hospitals, asylums are now a well-known horror trope. So, when I booked an evening tour of The Commons, including its still-abandoned men’s ward, I expected chilling ghost stories.

So far, though, I’m having quite the opposite experience. Couples stroll the grounds hand in hand. A woman walking her poodle stops for me to pet it. And Goodwin, my guide, is cheerful and chatty. But with the mention of the morgue, the asynchrony with the calm evening around us becomes jarring.

The Northern Michigan Asylum, later called the Traverse City State Hospital, opened in 1885, six decades before psychiatric drugs were first used. It provided mental healthcare for 104 years before it closed in 1989.

Asylums of that era abound with eeriness, but it’s arguably less due to ghosts and more to the very real horrific history of mental health care during the time. It was not unusual for mentally ill patients in the turn of the 20th century to be tortured in the name of “treatment.”

The Northern Michigan Asylum was different, though, and perhaps that’s why I don’t feel any chills as I walk the grounds of its present day iteration as The Commons.

Dr. James Decker Munson, one of the asylum’s founding doctors, was a proponent of the moral treatment movement, which focused on patience and kindness. This meant no restraints were allowed, meals were served on fine china, and patients were engaged in meaningful activities such as farming and art. The patients had their own vineyard, and a greenhouse where they grew citrus fruits in the winter. They even raised and cared for Traverse Colantha Walker, a briefly-famous dairy cow who was the highest milk producer in the world in 1926.

But the hospital still has its share of horror stories. Lobotomies and insulin-induced comas were performed on patients, many who actually had diseases such as syphilis.

Epilepsy and menopause were other committable conditions at the time. “If a woman was going through menopause, her husband could have her committed,” Goodwin says. “I think in some cases it could have been used to cover a wanton nature for the husband.”

Despite its flaws, the Northern Michigan Asylum was a pioneering institution of its time. This extended from patient care, to the actual environment and architecture. Dr. Munson embraced what he called “beauty is therapy,” the idea that a beautiful environment could support mental healing. This was reflected in the asylum’s architecture, which was built in accordance with the Kirkbride Plan. Each patient room had its own huge window, filling the hospital with natural light.

Due in part to the deinstitutionalization movement, the asylum closed in 1989. The gorgeous campus of buildings sat abandoned for the next decade, neglected and left to decay.

Worse, there was no aftercare for the patients. According to Goodwin, who grew up on the west side of Traverse City during this time, for two years after its closure, former patients would knock on the asylum’s abandoned doors. When the hospital closed, they’d lost their home.

Over the last two decades, the former hospital has been restored and transformed into luxury apartments, restaurants, and shops. What was the largest employer in Traverse City for 75 years is once again an essential part of the community, and it’s one of the largest historic adaptive reuse developments in the U.S.

A few abandoned cottages that formerly housed patients still dot the property, awaiting redevelopment. I walk up to one of these derelict cottages as the sun finally sets.

The cottage is painted the same shade of pale yellow as the main building. The paint is peeling, some of the windows are smashed, and overgrown vines crawl up the exterior wall and inside. A spray-painted sign warns: “Keep out. Hazardous conditions.”

Since I’m on an official tour, I’m permitted to enter, but Goodwin warns that I do so at my own risk. I take my first step into a dark, crumbling interior. Walking through the unlit halls, I start to get the prickling sensation I’ve been waiting for. But whether it’s due to a haunting—or the reasonable fear of falling through the thin, occasionally rotting, floorboards—I can’t say.

It’s here that Goodwin transitions from history to lore. She makes clear that she doesn’t have any of her own spooky experiences to share. “I don’t want to be creeped out here,” she says. “It’s my job.” She has, however, had people tell her strange things they’ve felt or photographed during her tours.

She shows me a picture on her phone. A former tour member took a flash photo of a pitch black room in the cottage’s basement. Only later did they look back at their phone. Instead of an empty room, it’s a clear photo of a man’s face, looming out of the dark. The man could have been a squatter. But what if the explanation is more supernatural?

“If this place is haunted,” Goodwin says, “it’s by someone who loved it here so much they didn’t want to leave.” 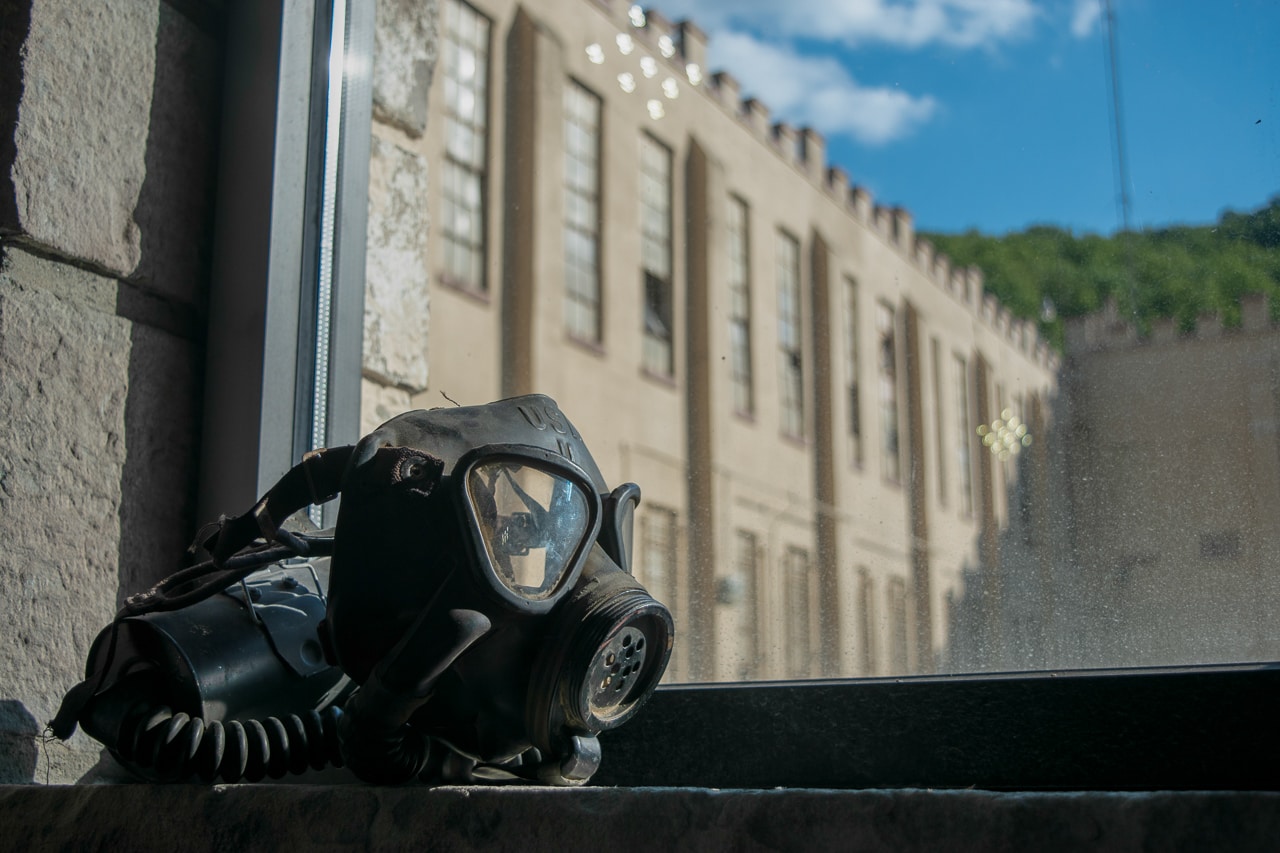 How Columbus, Indiana, became a living museum of modern architecture 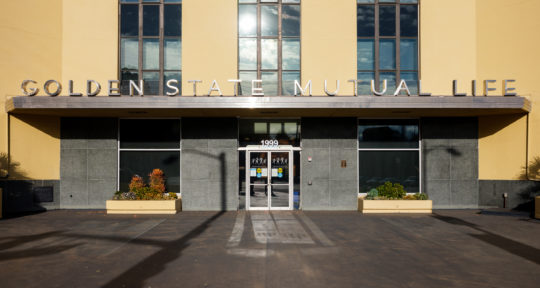