Housed in a former Kmart, the pop-up museum celebrates the legacy of one of the biggest stars of the last two decades

The nostalgia hits instantly. Entering The Zone, I’m thrust back to an era right before the turn of the millennium, when saccharine teen pop ruled the charts. All I can see, hear, and think about is Britney Spears, the protagonist of this massive, immersive, and interactive fan experience in Los Angeles.

Conceptualizing The Zone more than two years ago, Shannon Ramirez, along with her partner Jeff Delson, transformed a former Kmart in Los Angeles’ Miracle Mile neighborhood into an exhibition dedicated to Spears, an international icon who has sold more than 100 million records worldwide over the last 21 years. I manage to get in just days before California announces a statewide shutdown and the pop-up museum has to close.

For the next hour, blissfully unaware of what lies ahead, I walk through pop music and pop culture history, inching my way back toward present day. I venture through a series of intricate rooms decorated like the sets of Britney’s most iconic music videos. Joined by a guide, and aided by an RFID bracelet and custom app, there will be stops in outer space, the jungle, the friendly skies, a sanctuary, and the circus. But first, it’s straight back to high school.

Scanning my RFID bracelet and stepping through the entryway, I’m greeted by a surprisingly harmonious and wholesome scene, decorated to look like a typical pre-2000s American high school classroom: Algebra, chemistry, and biology textbooks line the bookshelves, a poster of the periodic table is plastered on the wall, and rows of student desks occupy the center of the space. This is the music video set for “… Baby One More Time,” the song that introduced the world to Spears in 1999.

Standing in the middle of the classroom, I’m given a quick rundown of The Zone, both its history and concept, along with some info about the RFID technology and the custom app that helps visitors record and capture their visits. After listening to all the rules, it’s straight to the hallway lockers to write a custom note to Spears (yes, she receives them and reads them on her social media), before heading to the gymnasium.

I walk around the basketball court, admiring the various banners displaying Spears’ accolades and career achievements. The scoreboard displays a series of numbers—it’s a small detail that only true Britney fans and connoisseurs might notice: 38, 12:02, and 2. “Britney’s 38 years old,” says Ramirez. “Her birthday is 12/02. And, she has two kids.”

While Spears is not officially tied to The Zone, she has endorsed the space to her fans. In fact, only a broken ankle—and now a global pandemic—has kept Spears from visiting The Zone. She maintains a close relationship with the curators, who have also created a “retail-tainment” experience within the pop-up.

Perusing the various custom t-shirts, hats, leggings, and assorted other products, I focus mainly on a handful of mannequins displaying several costumes directly from Spears’ personal wardrobe, including the outfit she wore on Star Search in 1992. The displays are further evidence of Spears’ involvement with The Zone, which, like her Las Vegas residency shows, has become a mecca for the most diehard Britney fans.

At a display featuring props from Spears’ 2000 hit “Oops! … I Did It Again,” I’m finally able to employ the power of the RFID bracelet, which helps unlock several in-exhibit features. But there are other interactive elements throughout The Zone, one of which pits visitors against Spears in a dance-off on the set of “Me Against the Music.” There’s also an opportunity to mimic her iconic snake dance from “I’m a Slave 4 U.”

The RFID sends various stills and videos directly to the app for The Zone, but guests, which occasionally include several of Spears’ own back-up dancers, often opt to record their experiences and post them on TikTok or Instagram.

Ramirez says the entire exhibition is sterilized on a daily basis—including the thousands of plastic white balls in the “Circus” room. Decorated exactly like the set of Britney’s 2008 single of the same name, the room is adorned with various games, animal cages, and assorted carnival props.

The Zone has entire rooms dedicated to singles such as “Stronger” and “Piece of Me.” A chapel is decorated with an altar and a pair of confessional kneelers, honoring 2007’s Blackout, which according to Ramirez is considered by many fans to be Spears’ creative peak and finest album. As such, curators at The Zone have crafted this one-and-only room representing an entire album’s body of work. “Gimme More” plays in the background; it’s both an ironic and fitting soundtrack.

Coming straight from a one-on-one dance battle on the set of “Me Against the Music,” I’m quick to confess my sins at the Church of Britney, followed by a brief rest, high in the sky with Britney Airlines. Seated in coach with ample legroom, I take a minute to enjoy what I personally consider the musical highlight of Britney’s career, “Toxic.”

Musically, “Toxic” is a much more complex and sophisticated arrangement than Spears’ other songs, complete with bhangra influences and intricate string samples. It’s a strong track, an electronic pop gem, and a personal guilty pleasure. I’m totally prepared to hang out on the plane for a little while longer; however, there’s a call waiting for me in the rear galley, and I quickly rush to the back of the plane to answer the phone.

The message comes directly from Spears herself, the voice is unmistakable: “It’s Britney, bitch!”

The Zone was originally slated to run through April 26, but has been suspended until further notice in the wake of COVID-19. An extension is likely. Visit The Zone‘s website for up-to-date information (or to shop the collection of merchandise). 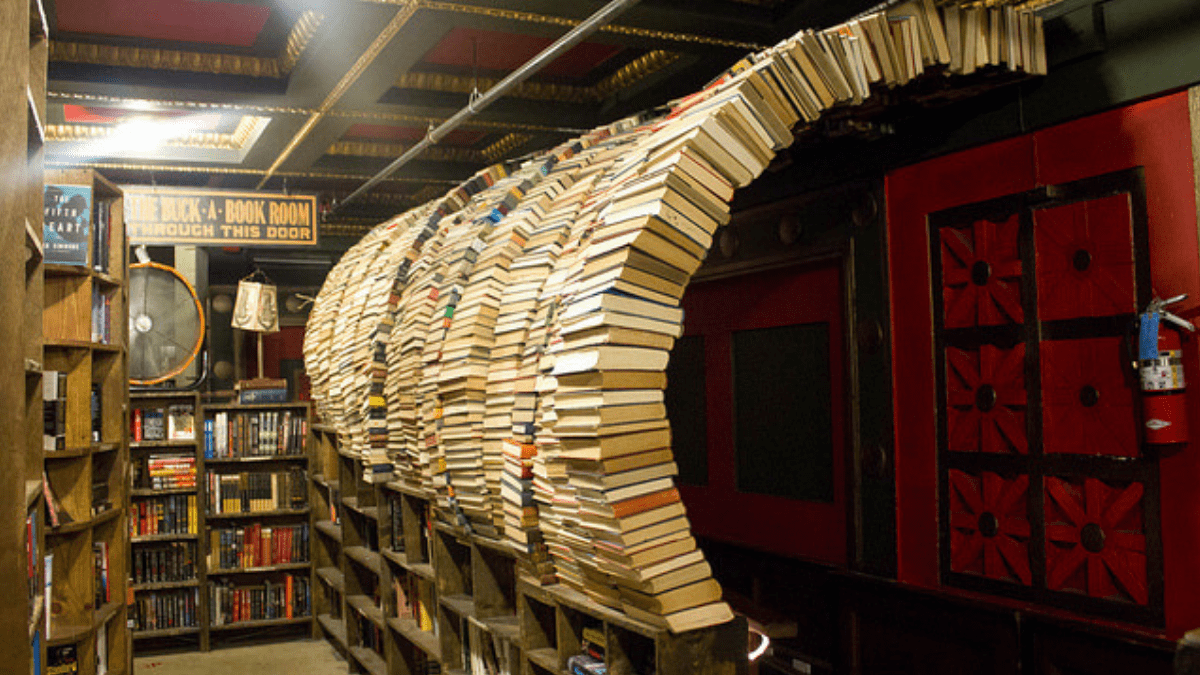 Discover an unexpectedly whimsical side of LA Dan Shapiro is a writer, editor, musician, and producer currently based in Los Angeles. Covering everything from the world's best sushi and haunted hotels, to mixed martial arts and underground Chinese music, Dan has written for publications like CNN, the New York Daily News, VICE, and Time Out.