It's an All-American classic for a reason!

Photo: Doug Meek / Shutterstock
Brought to you by 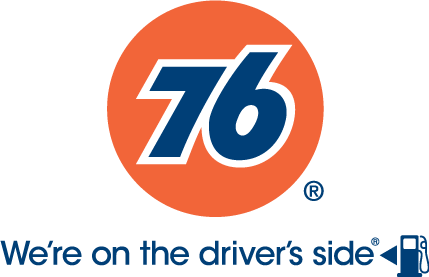 The Pacific Coast Highway (PCH, also known as Highway 1) is one of America’s most essential road trips for a reason. Every inch of the winding, ocean-hugging, beach-and-cliff-lined road is drop-dead gorgeous. Driving it not only affords you the chance to encounter these views, but also gives you the freedom to dip inland for some favorite attractions in Santa Barbara on your way up to Big Sur. As cliche as it sounds, it’s a trip everyone should experience once in their life, preferably in some sort of vintage van with the windows down and oldies blasting on the speakers.

Start your trip at a place that really highlights why the beaches along the PCH are so unique: El Matador State Beach. Once you park off the side of the highway, you’ll descend down a wooden stairway to the shore. Rocky cliffs hide secluded pocket beaches where you can relax on the sand or dip your toes in the refreshingly cool Pacific Ocean. It’s a very different experience than the more crowded beaches (not that people-watching at Surfrider Beach isn’t top-notch), and sets the scene perfectly for the Highway 1 trip on which you’re about to embark.

Neptune’s Net has been a Malibu staple for years, and appearing in Point Break and The Fast and the Furious has further cemented the restaurant’s icon status. A popular biker bar (seriously, if you’ve never cruised the PCH through Malibu on a motorcycle, you’re missing out), it started off as a diner/gas station, and has grown into the seafood shack we see today. Order a basket of perfectly-fried seafood, snag a picnic table, and enjoy the Malibu sunshine. Note that you’ll likely have to park across the street and cross the highway to get to Neptune’s Net… oh, and watch out for seagulls. They’re usually hungry, and they’re not afraid of humans.

Carpinteria State Beach is a different experience than El Matador. It’s more flat, with stunning views, and a mile-long stretch of sand that’s got some decent waves for surfing and surf fishing, and lifeguards patrol the water. Carpinteria is a great stop for anyone who is into exploring or discovering wildlife, as you can find tidepools filled with starfish, sea anemones, crabs, snails, octopi, sea urchins, and more here. It’s also good for spotting whales, seals, and sea lions! This is one of the nicest beachside campgrounds along the PCH too… it’s super popular for a reason!

While you’re in the area, head a bit inland to the quirky town of Solvang. It’s strangely Dutch, with windmills and cute architecture and lots of restaurants serving up authentic cuisine. One of them is Paula’s Pancake House, a cozy joint specializing in (of course) Danish pancakes, French toast and Belgian waffles. You’ll find other breakfast and lunch staples like Benedicts, burgers, omelettes, and the like.

The California coast is more than cute towns and stunning views; there’s a ton of great history here as well. For a taste of it, visit Misión la Purísima Concepción de María Santísima (Mission of the Immaculate Conception of Most Holy Mary). It was founded by Father Presidente Fermin de Lasuén in 1787, one of 21 Franciscan missions established in the area. The original building was destroyed by an earthquake, so the current structure was built in 1813. It was abandoned in the mid-19th century (after Mexico gained independence from Spain and the mission became a private estate) and then sat abandoned until the 1930s, when it was restored by the CCC. More than 10 historic buildings are now open, and farm animals and gardens all meld together to depict was life was like in the Spanish mission in the 1820s. View artifacts at the visitor center and then explore the mission grounds.

For some exciting beach adventure, head to Oceano Dunes. This is the only California State Park that allows vehicles to drive on the beach, so head to a spot like Steve’s ATV rentals to take advantage! Cruising the dune complex on an ATV (or even on one of Steve’s Hummer tours) is the thrill of a lifetime. There’s also some crazy history here. In the 1930s and 1940s, Oceano’s dunes were home to a colony of Depression-era refugees drawn to the wilderness of the dunes. The colony was called Moy Mell, and its inhabitants (the Dunites) was a ragtag group of reformers, nature-lovers, artists, mystics, and hermits content to live on the fringes of society, at the edge of the sandy wilderness.

Nearby is the Guadalupe-Nipomo Dunes, where you can see sphinxes being dug up. No, they’re not from ancient aliens or Egyptians… they’re from the long-lost movie set of Cecil B. DeMille’s 10 Commandments!

The word “castle” may conjure up images of medieval European estates, but San Simeon’s Hearst Castle is a thoroughly modern mansion, sitting atop “Enchanted Hill.” The 170-room home was completed in 1919, after 28 years of construction. The owner was newspaper magnate William Randolph Hearst. He was known to entertain Hollywood’s elite here during his heyday. There are several tour options, so definitely book one in advance. The Roman and Neptune Pools are highlights, so whichever tour you take, make sure it includes stops at one or both. And be sure to check out the zebras that reside on the estate… they’re descended from the animals that once lived in the castle’s zoo!

A cruise far enough up Highway 1 will take you right to the most stunning state park in the country: Julia Pfeiffer Burns State Park. It’s home to thousand-year-old, 300-foot redwoods, but the main attraction is the view of McWay Falls, a secluded, 80-foot tidefall (did you know that a waterfall that empties into the ocean is called a “tidefall?”) in a gorgeous cove. While you can’t actually walk down to McWay Falls itself, the view is one that you absolutely cannot miss. And, bonus! The trail to the overlook is only a half-mile round-trip hike. If you want more hiking here, Ewoldsen Trail shows off the redwoods quite nicely.

The insane Big Sur scenery doesn’t end at Julia Pfeiffer Burns State Park. Head a bit further north to Pfeiffer Beach and check out the stunning sun portal. While the sun aligns most perfectly with the keyhole arch in the cliff in December and January, it’s still an absolutely jaw-dropping site to watch a sunrise or a sunset any time of year. Plus, the rest of Pfeiffer Beach is stunning too, with rocky coves and streaks of striking purple quartz sand at the north end of the beach.

Golden Gate and Brooklyn Bridges, eat your hearts out! The Bixby Canyon Bridge over Bixby Creek is a drop-dead gorgeous stunner of an architectural gem, and driving over it is a highlight for many along the PCH. Find a photo op before or after cruising over the bridge; it’s one of the most photographed bridges in the world, and as you snap pics of it from a scenic perch, you’ll see exactly why.

For added flair, end your trip a touch north of Point Lobos in Carmel-by-the-Sea, a magical little town known for its artsy vibe, fairytale cottage architecture, cozy hotels, and pet-friendly sensibilities. It’s been a popular Big Sur destination for decades, and it’s an enchanting end to an unforgettable road trip.