How much money would it take for you to relocate to a new city or state?

If you’ve ever thought about picking up and moving to a new city or state, it might be worth researching freebies and opportunities first. Thanks to state and privately funded programs, some U.S. cities and states offer incentives—from monetary amounts to job placement programs—for those itching for something new.

While some of these programs existed pre-pandemic, the opportunity is even more appealing in a post-pandemic world. With high costs of living in many U.S. cities and states, and many jobs now offering the ability to work remotely, some people are looking to make the move to mid-sized cities with affordably priced homes and room to roam.

“I was looking at a lot of different cities,” says Trae Sjogren. “I was open to anywhere in the country and the world, really.” The 28-year-old producer moved to Tulsa, Oklahoma, in August 2020 after applying to the incentivized remote workers program called Tulsa Remote. He was nomadic, traveling around the U.S. and living in states like California, Idaho, North Carolina, Oregon, Washington, and Wyoming for 6 to 8 months at a time. “Tulsa won, and it’s still winning,” he says.

Tulsa Remote is a 1-year program that gives selected applicants, among other incentives, $10,000 in cash or toward a home purchase. Since its inception in 2018, the program has received more than 50,000 applicants and accepted around 1,200 people, according to Justin Harlan, the chief operating officer of Tulsa Remote.

Inspired by the city’s unique offerings, like a 100-acre park named the Gathering Place, the Tulsa Arts District, a thriving live music scene, and annual community festivals, “the program’s creators thought that if they could break down the barriers individuals face when considering a move—the cost and a need for community—and people were able to experience Tulsa, have access to a support system of like-minded remote workers upon arrival, and receive financial support to give the city a try, they would want to stay and call Tulsa home,” says Harlan.

Given the number of applicants the program receives—10,000 people applied in its first 90 days—it seems that Tulsa Remote is successful. Harlan notes that success is measured by the program’s retention rate. While participants only need to live in Tulsa for 1 year to receive the grant money, 90 percent of them stay for longer.

The program provides support in finding housing, including pre-vetted apartments. “I picked one that allowed me to cut my lease if I bought a house. I wanted to buy a house within the first year,” says Sjogren. As of September, Sjogren joined the nearly 300 other program participants who’ve purchased property since moving. He now plans to stay in Tulsa for at least 5 years.

Funding for the program comes from the George Kaiser Family Foundation and the City of Tulsa provides community support. Participants must be 18 years or older and not living in or working for a company in Oklahoma. Families are welcome to apply and adult family members need to apply within the same 2-week period.

Named an up-and-coming tech hub in a study conducted by Commercial Real Estate Services (CBRE), Harlan notes that “the numbers are showing that tech jobs play a critical role in Tulsa’s continued growth.” So it’s no coincidence that computer software, information and technology services, and marketing and advertising are the top industries of program participants.

Job placement isn’t provided through the program; applicants are required to have a job that lets them work from Tulsa in order to be accepted. Sjogren recently changed careers and now works at a local agency in Tulsa, thanks to relationships he built through the Tulsa Remote community. Participants also receive a membership to a co-working space and access to organized program events.

“I just completed my full year with Tulsa Remote and I am staying because I have found a home here. I have a community here. I have a voice here. I have a presence here and I’ve never had that before,” says Christina Springer, a data analyst who moved to Tulsa from Louisville, Kentucky.

Accepted applicants are able to visit Tulsa for a hosted or virtual visit to help gain a better perspective of what their new life could be like. Sjogren says that a common misconception about the city is that “there’s nothing cool or exciting happening here or that there’s a lack of interesting people, and that’s totally false.” He urges those looking for a change in location to visit Tulsa, saying, “You’ll be greatly surprised.”

From Route 66 to Black Wall Street

The city is part of historic Route 66 and offers more to do than just passing through. Of course, the Golden Driller statue and the Desert Hills Motel are must-sees, but recently-opened attractions are gaining attention too—including the Outsiders House Museum, which opened in 2019 and has seen famous celebrity visitors from the likes of Leonardo di Caprio and the band Green Day.

Greenwood Rising is an important museum that opened in 2021, dedicated to educating and remembering the 1921 Tulsa Race Massacre. It’s located on Black Wall Street (Greenwood Avenue) near other powerful landmarks like the Vernon African Methodist Episcopal Church, the Greenwood Cultural Center, and the Black Wall Street Memorial.

While Sjogren misses his family and the natural landscapes of mountains and rivers in his hometown in the Pacific Northwest, he’s met a group of friends through the program that he goes camping with on weekends. He most recently returned from a climbing trip to Arkansas where he got his mountain fix.

Other states and cities also offer monetary incentives to relocate to their respective locations, most notably West Virginia’s Ascend program and Vermont’s prior ThinkVermont grant (a new program, 802+You is in development). Alaska’s Permanent Fund Dividend pays out to new residents after they’ve lived in the state for 1 year.

The built-in community fostered by the Tulsa program seems to drive its success. “It’s hard to promise community anywhere, but they’ve done a really good job of organizing like-minded people, so the community thrives really well here. And the city itself really supports it,” says Sjogren. “If I knew what I was going to get out of Tulsa, I would have paid $10,000.”

The Tulsa Remote guide to its namesake city 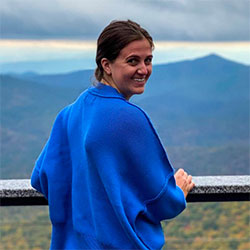 Ashley is the managing editor at Roadpass Digital. She comes from a background in travel writing which has taken her from Australia to Haida Gwaii. Her favorite national park is Zion and she's helping her parents plan an epic cross-country retirement trip in an Airstream.