Named for a literary legend and located on Nye Beach, each room in the bed and breakfast is dedicated to a famous author

There’s a playful misdirection in the name of the oldest historic inn on the Oregon coast. Sylvia Beach Hotel sits atop the grassy seaside bluffs of Newport, a drizzly beach town of 10,000 people about 90 miles southwest of Portland. The three-story seaside hotel originally opened in 1912. It was built in a simple, cross-gabled design to emulate the seaside cottage style common in northeast coastal communities such as the Hamptons and Nantucket.

Sylvia Beach Hotel does sit on the beach, that much is accurate: It looks out over four miles of windswept sands capped by an idyllic view of the Yaquina Head Lighthouse. But it’s on Nye Beach, not Sylvia Beach. As only the most devoted readers and Jeopardy contestants may know, Sylvia Beach isn’t a place at all, but a central figure of modern literature.

Barely more than a century ago, a 32-year-old American calling herself Sylvia Beach opened Shakespeare and Company in Paris. The famed Left Bank bookshop and lending library became a second home to the Lost Generation of expat writers. Many heavyweights of modern literature gathered there to find community and discuss ideas: Ernest Hemingway, Ezra Pound, and Gertrude Stein were but a handful of Beach’s regulars and contemporaries.

Sylvia Beach Hotel officially opened to the public on March 14, 1987, on what would have been its namesake’s 100th birthday. And in her honor, since day one, it has operated as a reader’s hotel. There are no TVs and no WiFi access. Instead, there’s a well-stocked library, featuring a view of the beach and lighthouse, and quiet hours for reading and puzzle making. And then there’s the hotel’s true claim to fame: Every room is furnished to reflect the life and work of a famous author.

Out of her book shop, Beach published the first edition of James Joyce’s 1922 masterpiece Ulysses, a book as scandalous to its time as it was groundbreaking to the novel as an art form. Together with her life partner Adrienne Monnier, Beach wrote the first French translation of T. S. Eliot’s celebrated poem “The Love Song of J. Alfred Prufrock.” In 1937, France awarded Beach’s cultural contributions with its highest civic decoration, the Légion d’Honneur.

Though a new Shakespeare and Company bookstore (opened with Beach’s blessing) has continued to serve anglophone readers in Paris since 1951, the Sylvia Beach era ended with the arrival of the Third Reich, and a six-month internment after Beach refused to sell a book to a Nazi officer. She remained in Paris until she died at age 75.

“She was a pretty important person in the literary world,” says Goody Cable, who co-founded Sylvia Beach Hotel more than 30 years ago. “I thought Sylvia Beach should have been memorialized more than she was.”

Every room in the hotel is different. Some are period-correct, others are quirky and clever. The Emily Dickinson room favors prim Victorian furnishings and lace curtains, while Ernest Hemingway’s features animal print accents to go with mounted, papier-mâché hunting trophies. The Dr. Seuss room goes full star-bellied Sneetch, with a display of cartoonish artwork and primary colors. The elegant, ocean view Agatha Christie room would be well suited to host Miss Marple herself. Among its bric-a-brac are references to clues featured in Christie’s mysteries—you may flip through their pages to figure out which.

“All the rooms are supposed to have the complete works of the author in them,” Cable says, though if a guest is caught up in the middle of a good read when checkout time comes, they may take the copy home and mail it back later. “We don’t want to interrupt people’s reading.”

Rooms vary in size, capacity, and amenities as much as character, so when returning guests book their favorites, the choice partly reflects their taste in authors, and partly their circumstances. The Mark Twain room commands an ocean view, private deck, fireplace, and claw foot tub, with a trundle bed inviting small families. The John Steinbeck has a pair of twin beds for roadtripping friends, while the Ken Kesey sleeps four fellow travelers in twin beds, with a bathroom in the hall.

Cable didn’t decorate the rooms herself; she enlisted the help of friends to ensure each author interpretation took on a life of its own. “The last thing I would want is a hotel where the rooms all look alike,” she says.

Like Sylvia Beach herself, Cable established a book-centric business with the help of her oldest and dearest friend and business partner, Sally Ford. “We met in a cow pasture when we were three years old,” Cable says. “We’ve been best friends ever since,” Ford adds by phone some weeks later.

Today, Ford’s daughter is married to Cable’s son. “So we share grandkids, too,” Cable says. The future in-laws were leading separate but parallel lives in 1984: Cable in Portland, Ford in the southern Oregon town of Roseburg, both married, with three children growing into their teens. Ford remembers the day the phone rang, and she heard Cable’s voice at the other end of the line, saying, “Sally, I found it.”

Cable had been talking about her hotel idea for years, but Ford had always declined to get involved. But when she drove to Newport and saw the place, she decided to write a check covering the down payment, without setting foot inside what had become a flophouse.

“The city wanted to condemn it,” Cable says. “It was kind of a race to save the building.” The pair moved to get it placed on the National Register of Historic Places. It may have fallen far in seven decades since it opened as the New Cliff House, but it could be salvaged.

It would take years of rehab, but both women recall their biggest hurdle was securing bank loans. “We tried to do some creative financing,” Ford says, “but in 1984, bankers didn’t want to loan money to two women who were not professionals.”

Half a lifetime later, their hotel has become a favorite of coastal travelers who appreciate the tranquility, and the break from televisions and smartphones.

“There’s a real need for quiet places,” Cable says. “People oftentimes say to me, ‘I had to come empty my head out. I had to just come someplace where I could think.’ I think people are more reflective of the beach. I think it slows time down.”

But the true genius of Sylvia Beach Hotel isn’t the silence, it’s the conversation that follows it. All that reading, contemplation, and introspection prompts marvelous conversations on a nightly basis, between guests visiting from points all over, sharing their experiences. To encourage this, the owners take a cue from Sylvia Beach’s bookshop. “They all hung out there because Sylvia had a big table with a pot of coffee,” Cable says. “Eight chairs around a table. A little stove of some sort to keep the place warm.”

The hotel serves hot spiced wine in the library each evening, giving guests an opportunity to congregate after dinner. In the semi-basement dining room, the hotel restaurant, Table of Contents, offers one seating a night, serving fresh catch seafood and other upscale entrees family style, around tables of eight. Travelers in attendance might include guests of other nearby hotels, as well as local fans. If the people at a table don’t know each other, they might play the game Two Truths and a Lie to break the ice.

“It seems like almost always there is a connection,” Ford says about the people coming together over dinner. “They went to the same school, had the same profession, went to school with somebody’s cousin. It’s amazing what a small world we live in.”

Cable recalls one of her favorite conversations, which involved a couple returning to Vancouver, British Columbia, from a road trip taking them through Yosemite National Park. They were huge fans of photographer Ansel Adams, and recounted locations they visited to view the subjects of his photographs. Cable took great delight in introducing the couple to her friend, sitting beside them at the dinner table, who happened to be Ansel Adams’ son.

Of the 22 author rooms in the Sylvia Beach Hotel, there’s one you can’t book: the W. Somerset Maugham room. That’s Cable’s room, which she can visit on any given night, and hopefully find a conversation brewing. “I wanted a place where I could be around people who are thoughtful,” Cable says. “People who are readers, and who had something to say. Not just people who wanted to be at the beach.”

Take a literary road trip through the U.S. 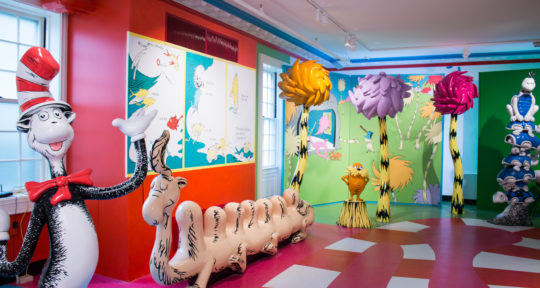 Falling in love with Sun Valley, the Idaho resort town where Hemingway lived and died 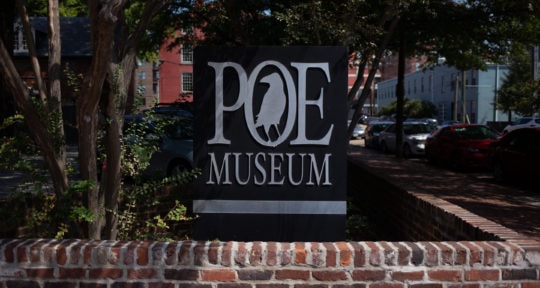