From apple picking and buggy rides to haunted mini-golf and spooky exhibits, this is the ultimate sweater weather road trip

The kaleidoscope of shifting autumn tones is one inspiration for an expedition through the Midwest. Patches of cornstalks surround the back roads, and golden hour appears to last just a few moments longer this time of year. Follow along from Milwaukee through Chicago to Indianapolis to celebrate sweater weather with some seasonal activities.

This itinerary includes an Amish buggy ride; a few Halloween haunts; and an old motel in French Lick, Indiana, where Al Capone gambled and traveled via underground tunnels. The warm shades of the changing Midwestern landscape come fall set the perfect backdrop for these points of interest.

The illuminated jack-o-lantern trails at the outdoor gardens of Harvest Nights at Newfields are spellbinding. Guests of all ages and abilities gather each year to roam through thousands of enchanted pumpkin passageways. An ominous soundtrack and colorful lights guide toward further mysteries. Venture inside to experience another enlightened installation called The Lume, where the current of Claude Monet’s Water Lilies appears to ebb and flow directly under your feet.

Pumpkins, scarecrows, spider webs, wizards, and goblins transform the Indianapolis Zoo into ZooBoo in the fall. The zoo offers spooky craft stations for children and adults can “treat-o-treat” by sampling craft drinks while walking along the kangaroo and orangutan paths.

Relax by a stone fireplace and sip an apple cider spiked with handcrafted orange-flavored liqueur made at Hotel Tango Distillery. The artisan cocktail menu reflects the season with a newly launched smoky toasted marshmallow bourbon that creates an exquisite s’mores-inspired drink. The distillery is located in the Fletcher Place neighborhood and is owned and operated by a veteran.

Tomlinson Hall opened in 1886 and served as the Convention Center until a fire destroyed it in 1958. Using handheld flashlights, local historians now guide tours of the basement remnants. Although there were no reports of injuries from the flames, rumors still circulate that ghosts prowl the underground passageways.

Human skeletons, jarred organs, and an iron lung for infants are on exhibit at the Indiana Medical History Museum. The educational museum is located inside the former pathology building of the Central State Hospital; originally called the “Indiana Hospital for the Insane,” this hospital opened in 1848 and closed in 1994.

Visitors learn about the history and sit in the same wooden chairs where live autopsies were demonstrated to students in the amphitheater. There are six laboratories to tour, including a room where microscopes are placed in front of large windows because the reflected sunlight once illuminated the examined brain cells of former patients.

Ride in a horse-drawn Amish buggy in Shipshewana, Indiana. The click-clack of horse hooves is part of everyday life in this community committed to traditions that predate cars and electricity. Learn more about their lifestyle by embarking on an Amish-guided buggy tour of downtown. Reservations to tour a working dairy farm or share a home-cooked meal with a local family are also available.

Tuttle Orchards is a fourth-generation, family-owned and operated farm located outside of Indianapolis. Across the nearly 200 acres of orchards, guests can pick a variety of apples directly from the trees. Seasonal flowers, pumpkins, and other Midwest family-friendly activities are available.

Sleep in room 4626 of the restored historic West Baden Springs Hotel. Built in 1902, this dome-shaped hotel in French Lick, Indiana, was a filming location for the psychological thriller So Cold the River. The movie, based on Michael Koryta’s 2010 horror novel, suggests that the hotel is home to paranormal happenings.

Look for unexplained mysteries, or ogle the view from the sixth-floor balcony that showcases the majesty of this grand resort. The 3,200-acre property also offers horseback riding trails, and Al Capone was known to gamble here.

Notorious Midwestern mobster Al Capone is buried beside family members at the Mount Carmel Catholic Cemetery in Hillside, Illinois. His footstone reads, “Alphonse Capone 1899-1947 My Jesus Mercy.” Although born in Brooklyn, New York, Capone became known for his gang-related activities in Chicago during the Prohibition era.

Ahlgrim Acres is a spooky-themed mini-golf course that lurks in the basement of the oldest operating funeral home in the Chicago area. Located in Palatine, Illinois, family-owned and operated Ahlgrim Family Funeral Services opened the space as a free resource for the community.

This underground nine-hole golf course features a haunted house, a miniature graveyard, and a wooden shipping container used to transport bodies by railway. The property also has a nearly 200-year-old vintage horse-drawn hearse on display. Located directly below the funeral visitation rooms and an embalming room, reservations can be made for the mini-golf course when memorial services aren’t in session.

A skeleton smokes in the Netherworld waiting room, inspired by Tim Burton’s 1988 film Beetlejuice. Located at a private home in Bay View, Wisconsin, this afterlife presentation has nearly every detail from the movie, including the animated shrimp cocktail dinner scene. The homeowners aspire to raise money for local charities with a new display each fall.

Oktoberfest swings late into fall with live polka music and dancing at the Bavarian Bierhaus in Glendale, Wisconsin. Put on your lederhosen and enjoy a stein of German lager and classic Munich cuisine.

The World’s Largest Scrap Metal Sculpture at Dr. Evermor’s Forevertron Park in Sumpter, Wisconsin, becomes illuminated in the crisp seasonal air with “Power On The Forevertron!” This massive sculpture contains the decontamination chamber from the Apollo 11 Spacecraft. Roam through the grounds to see more handmade scrap creatures that double as musical instruments when you bang on them with the provided scrap tools. 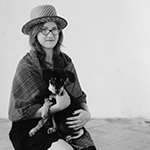