You don’t need a passport to see artwork, architecture, and artifacts from around the world at these seven stops across the District

It’s been a weird few years for almost everything, including road trips, with pandemic-related border closures and other complications keeping us close to home (and mostly grounded) for nearly 2 years. This summer, skyrocketing gas and diesel prices, coupled with shortages of all kinds, threaten to have a similarly sobering effect on travel plans.

But even if your passport is expired and you (and your vehicle) are running on fumes, you can still walk on a portion of Route 66, contemplate mortality in a replica of the Roman catacombs, and sit in the shade of a pinyon pine, New Mexico’s state tree. If you can ride a bike, you can visit all 50 states (or at least avenues and streets that bear their names) in one day, or admire Julia Child’s Cambridge kitchen—all within a few miles of the National Mall in Washington, D.C.

Here are seven things to do in D.C. that will make you feel as if you’ve traveled around the country, the world, or even to the moon.

After you’re done in the grove, head to the arboretum’s National Bonsai and Penjing Museum to see a Japanese white pine, in training since 1625, that survived the atomic bomb blast in Hiroshima, Japan. And if you’re visiting in early April, don’t miss the 70 varieties of cherry blossoms that bloom here annually: Self-guided tours are available on the Arboretum’s mobile app.

You don’t need to go all the way to Chicago (or Santa Monica) to get your kicks on Route 66. Located on Constitution Avenue—700 miles east of the Midwest start of the route—the National Museum of American History houses a piece of the Mother Road in its permanent collection. Located on the first floor in the America on the Move transportation-focused exhibition, the speckled section of pavement hails from Bridgeport, Oklahoma, circa 1932. Don’t leave the first floor without backtracking a bit back east to Cambridge, Massachusetts, for Julia Child’s home kitchen, donated by the celebrity chef herself in 2001.

First proposed by D.C.’s master planner Pierre Charles L’Enfant as “a great church for national purposes” in 1791, the cathedral’s foundation stone—part of which came from Bethlehem—wasn’t laid until 100 years later. Located on a hill overlooking Northwest D.C., the National Cathedral is a long way from England, but its famous pulpit hails from the Canterbury Cathedral. The elaborately-carved stone has hosted presidents, the Dalai Lama, and Martin Luther King Jr., who preached his last Sunday sermon here on March 31, 1968.

Related The National Cathedral is home to angels, gargoyles, and one dead president

The 1970s “Scientists and Technicians” stained glass window, inspired by NASA photographs, includes a fingernail-sized, 7.18-gram basalt rock encased in a glass capsule. Brought back to Earth by Apollo 11 astronaut (and St. Albans alum) Michael Collins, the minuscule moon rock is nearly invisible from the ground floor; book a behind-the-scenes or stained glass tour to get a closer look. Another other-worldly souvenir—an envelope bearing two space-themed stamps cancelled on the Moon by Apollo 15 astronaut Dave Scott—is housed a few miles away the National Postal Museum.

In the nation’s capital, all states are treated equally—sort of. The District has 51 streets named after each state and Puerto Rico, 48 of which are avenues (two outliers are California Street and Ohio Drive; here’s how they were named). If you’ve ever arrived in the city by train, chances are you’ve exited Union Station onto Massachusetts Avenue. And whether or not you approve of its current tenant, 1600 Pennsylvania Avenue is a well-known address.

No cannonball run could hit all 50 states in one day, but thanks to the Washington Area Bicyclist Association (WABA), it’s possible to ride a bike on all of them. In September, cyclists participating in the group’s 50 States Ride can choose from three routes. The eponymous 62-mile ride is described as “a D.C. tradition and bucket-list challenge”; the low stress route includes 30 miles of protected bike lanes, and a 10-mile joy ride promises to be “breezy.” If group rides aren’t your thing, plan a solo road trip to the states of your choosing—and if you want to visit the White House, you’ll be glad you biked: A large portion of Pennsylvania Avenue NW has been closed to car traffic for decades.

5. Franciscan Monastery of the Holy Land in America

Completed in the late 1890s, the Franciscan Monastery of the Holy Land in America was built to bring the Holy Land experience from the Middle East to the East Coast. The complex, located in the Northeast Washington, D.C., neighborhood Brookland, comprises several replica shrines and altars, surrounded by beautiful gardens.

The catacombs are even more impressive than their counterpart in Rome, with macabre mosaics so striking that they’ve been included in a Smithsonian-sponsored mural tour. Visitors are welcome to wander the monastery and grounds from 9 a.m. to 4 p.m. on Mondays through Saturdays; however, the lower level is viewable only by a free guided tour, offered daily. Although almost everything here is a replica, the hospitality and history of the friars is very real—and don’t forget to stop at the gift shop, which sells rosaries, prayer cards, and holy water from the real Holy Land.

In Northwest D.C, you can’t get official passport stamps from Ireland, Japan, Greece, Italy, or India—but you can visit each country’s embassy. Full of Gilded Age estates and historic townhomes, the strip of Massachusetts Avenue NW around Dupont Circle houses a majority of the city’s diplomatic residences and embassies. In less than a mile, you can walk or ride from Britain to Turkey to the Marshall Islands to Haiti. During the annual Around the World Embassy Tour (AWET), held in May, participating embassies open their doors to visitors, offering food and cultural experiences, including dance performances and fashion tutorials, from their respective countries.

The National Gallery of Art is an obvious place to find global art and artifacts. The sprawling museum, which occupies two separate buildings between Constitution Avenue NW and the Mall, isn’t exactly a hidden secret. But it’s still less crowded than museums with comparable world-class collections, including the Met in New York and the Louvre in Paris.

Of course, there’s no good substitute for seeing a famous work of art in person—nothing is more thrilling than seeing the bare canvas emerge from the topographical map of brushstrokes on an original Van Gogh painting. But don’t let the thought of throwing elbows with tourists to get an obscured glimpse of the Mona Lisa turn you off da Vinci: The National Gallery of Art has a similarly haunting portrait by the artist, Ginevra de’ Benci, painted decades before the Mona Lisa cemented his (and her) immortality. The museum also has six of those sumptuous Van Goghs currently on display, including The Olive Orchard and Roulin’s Baby. 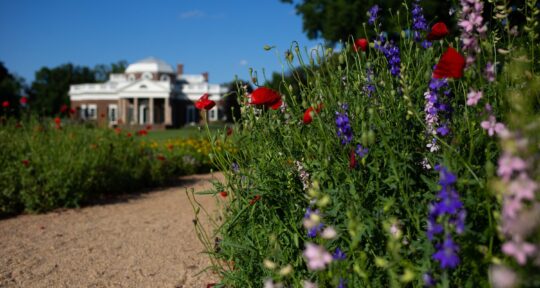